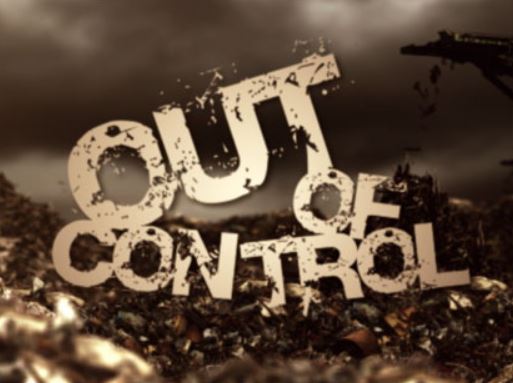 Sadly, as corruptions entered the early church and the church hierarchy began to develop, the struggle for power and control of the churches (sees) among bishops proliferated.  Bishops, (other terms we use today are ‘Priest’ or ‘Pastor’) were fighting for preeminence and control. From the following tidbit of church history, we can see some of the doctrinal corruptions as well as this struggle. The fight was so bad amongst the clergy, and the power they wielded so strong, that secular leaders lived in fear of them! In many parts of the world today, secular authorities are still living in fear of religious leaders. The times have changed, but not the church or the fear it instills. Anywhere religion is intertwined with secular powers, you will find all manner of abuses and atrocities hidden. The number one race of people that are affected by this marriage of religion and state?  Women and children.

But Cyprian’s language on this subject is thrown into the shade by that of the Apostolical Constitutions, which savours of the servility and prostration before rulers, common in the far East. “The bishop is the minister of the word, the keeper of knowledge, the mediator between God and you. After God he is your father, who has begotten you again to the adoption of sons by water and the Spirit; your ruler and governor; your king and potentate; your earthly god. . . . Let not the laity on all occasions trouble their governor; but let them signify their desires to him through the deacons, with whom they may be more free. For as we may not address ourselves to Almighty God, but only by Christ, so let the laity make known all their desires to the bishop by the deacon, and let them act as he shall direct them. . . . How dare any speak against their bishop, by whom the Lord gave you the Holy Spirit through the laying on of his hands; by whom ye were sealed with the oil of gladness and the unction of understanding; by whom the Lord illumined you and sent his sacred voice upon you, saying, Thou art my son, this day have I begotten thee!”

This passage belongs indeed with more probability to the fifth century than to our present period. But when ideas such as these were becoming current, it is no wonder that the more worldly minded among the bishops began to assume to themselves great outward importance. Many who occupied the sees (leaders of the churches) in the large cities were addressed and waited upon as though they were persons of rank in the State.

It was now also that the bishop of Rome began to put forward a claim for pre-eminence over his fellow bishops. Even before the end of the second century, Victor, a haughty and ambitious prelate, had attempted to assert such a superiority. The attempt was premature; the Roman bishop was still only one amongst many equals, and when his decrees clashed with the judgment of others, superior in experience and character to himself, he was forced to give way. Thus in 254, in the dispute upon the validity of baptism administered by heretics, when the Roman Bishop Stephen found Cyprian of Carthage, Firmilian of Caesarea in Cappadocia, and other eminent prelates opposed to him, he attempted to brandish the spiritual weapons of the Church against all the host of his adversaries. He excommunicated the bishop of Carthage, denouncing him as an Antichrist, and threatening with spiritual censures any members of the Roman Church who should dare to entertain his delegates. He proceeded to cut off Firmilian and the Asian bishops. But the thunderbolts which were to be launched with such tremendous effect by his successors were not yet forged, and the prelates treated his “audacity and insolence” with contempt, Firmilian declaring that he who boasted of being the successor of Peter was “the real schismatic, who by his excommunication of others had made himself an apostate from the communion of the Church.”

[Notice how religious leaders use the term “anti-Christ” as a label for anyone that disagrees with them and THEIR beliefs or, to gain the preeminence over someone else?]

But spiritual Rome was nevertheless advancing by sure steps towards the same pinnacle in the ecclesiastical world which the capital of the Empire had occupied in the political. Notwithstanding his dispute with Stephen, Cyprian calls the Roman bishopric “the throne of Peter, and the chief Church whence priestly unity takes its source.” The Emperor Decius, after the martyrdom of Fabian in the year 250, was so conscious of the growing power of the Roman see that he declared he would rather hear of a rival to his throne than of a new bishop.” — Edward Backhouse, Early Church History to the Death of Constantine.

Throughout church history, we see the development of a system of power and control designed to manipulate people and bring them into submission to men. “Spiritual Weapons” (murder, torture, shaming, public humiliation, gossip, slander, labeling, etc.) are used against those that fight either within the system for preeminence, OR, used against those that fight the system because of the corruption they see. Really, it’s a lose lose situation for anyone desiring to see the filth purged and the purity and love brought back. What existed back in 200 A.D., exists today. Nothing has changed, it has only gotten bigger, broader and more powerful.

The church systems of the world influence billions. That’s a lot of power and control! The corruptions that existed back then, have grown exponentially and encompass every religion worldwide.  How do you remove the POISON from a serpent this big that has been growing out of control for centuries? Think about it?