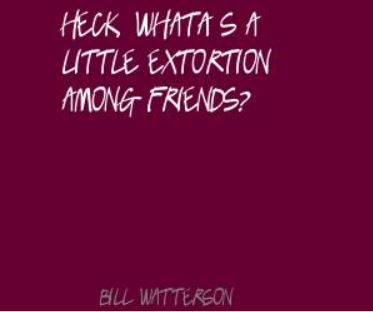 While this story is from the third century, it mirrors very well, many of today’s churches and their leaders. Extortion was taking place in churches then, just as it is today. Not only this, but please notice the attitudes and behaviors that were taking place in Paul’s churches. “The history of Paul of Samosata is so illustrative of ecclesiastical life in the third century that it must not be passed over. Paul was elected bishop of Antioch in 260. He was of a speculative turn of mind, and attempting to blend the philosophy of Plato with the doctrines of the New Testament, he conceived very false opinions regarding the nature of Christ. He seems also to have been a man of a worldly character, fond of power and display (Backhouse).” Much like many of today’s clergy, Paul of Samosata shows how far men will go in order to attain for themselves, power, prestige and money. There are countless clergy the world over whose behaviors mirror Paul’s of Samosata. Thankfully, during the third century, there were still some Bishops that still believed in the purity of the faith enough to see Paul for what he was – a self-seeking individual puffed up with pride with a desire for control, power and prestige. He was removed from his position after a synod met and discussed his behaviors. Here is a portion of that letter that was disbursed to all the churches regarding his deposition. The elaboration in brackets is mine.

“We need not,” such is the language of the circular, “say anything of such matters as this; that whereas he was formerly poor and beggarly, and has neither inherited from his parents any means, nor acquired such by any art or trade, he was come to have excessive wealth by his deeds of iniquity and sacrilege, and by the extortion he has practised on the brethren. [He was taking money from his congregants. Much like today’s clergy, he built for himself financial wealth off the backs of the poor. This same thing is happening in churches across the world that are using “fear” to force tithing and/or giving. Paul was doing just this and the other bishops at the Synod  called it like they saw it – EXTORTION.]  Nor need we say anything about his his pride and assumption of worldly dignities, and his preferring to be styled a Ducenarius [Similar to today’s titles of Doctor, Reverend, Ph.d., or Apostle] rather than a bishop, strutting through the market places and reading letters and reciting them as he walked in public, attended by multitudes of people. [Notice all the self-aggrandizement] Nor need we say anything of the affectation he practises in our ecclesiastical assemblies, making a great parade and courting popularity, and confounding by his arts the minds of the more simple [He was an exceptional public speaker who could easily sway people to his way of thinking]; nor of his setting up for himself a lofty tribunal and throne, so unlike a disciple of Christ; nor of his having, like the rulers of this world, a Secretum? [He set himself up as head of the ecclesiastical fellowship. A Secretum was a private seal much like a King or ruler would have to seal their letters.] and calling it by the same name; nor of his striking his thigh with his hand, and stamping on the tribunal with his feet,  and reproving and insulting those, both men and women, who did not applaud him or shake their handkerchiefs, as in the theatres, or shout and leap about, but chose to hear reverently and modestly as in the house of God. Besides this he put a stop to the psalms which were sung in honour of our Lord Jesus Christ as being new compositions of modern men, [Some of today’s churches do exactly the same thing; especially the fundamentalist sect that I came out of….Paul was trying to control the type and style of music in his churches much like the Independent Fundamental Baptist churches I attended.] and prepared instead, at the great Paschal festival, women to sing psalms in the midst of the church in honour of himself, such as one would shudder to hear; and he suborned the bishops and presbyters of his party in the neighbouring districts and cities to promote the same kind of things. [He put together multi-church functions where he could be elevated amongst his peers and he and his constituents given honor and prestige. This also allowed them to take up “love” offerings from the people to be given to each speaker.] And then again there are the adopted women [priest’s housekeepers], as the people of Antioch call them, kept by him and by his presbyters and deacons. We are not ignorant that many have fallen through the adoption of such women into their houses, whilst many others have come under suspicion; so that, even though it should be admitted that nothing really disgraceful had been done by him, yet he was in duty bound to have avoided the suspicion arising out of such conduct.” — Edward Backhouse, Early Church History to the Death of Constantine, pgs 231-232.

From this excerpt we can see, once again, that not much has changed. Although there are many church leaders that do not fall into this type of behavior, one cannot ignore the multitude of clergy that do. The sect I came out of exhibits these same behaviors of Paul of Samosata in amazing detail. What should this tell us? That it is wrong. Plain and simple. This letter went to all the churches telling congregants WHY he was being removed as bishop. It should stand as a testament to us of how clergy should NOT act. We should also bare in mind what the early church leaders believed regarding false prophets or religious leaders like Paul of Samosata:

As regards the prophets and apostles moreover, according to the doctrine of the gospel, so do ye. Let every apostle who comes to you be received as the Lord: he will not remain with you [more than] one day; or if need be, the second day also; if he remain three days he is a false prophet. When the apostle departs, let him take nothing but bread enough to last till he reach his night quarters; if he ask for money he is a false prophet. And any prophet who speaks in the Spirit, ye shall not try nor test; for every sin shall be forgiven, but this sin shall not be forgiven. But not every one who speaks in the Spirit is a prophet, unless he have the behaviour of the Lord. From their behaviour therefore shall the false prophet and the prophet be known. No prophet who in the Spirit orders a table shall eat of it, otherwise he is a false prophet. Every prophet, though he teaches the truth, is a false prophet if he does not do what he teaches. Every approved true prophet who holds Church meetings for a worldly mystery, but does not teach [others] to do what he does, shall not be judged by you; for his judgment is with God; for the ancient prophets also did likewise. And whosoever shall say in the Spirit: Give me money, or anything else, ye shall not hearken to him; but if he tell you to give for others who are in need, let no man judge him. — The Teaching of the Twelve Apostles, chapter XI.

Instead of overseers (or bishops) and deacons, the corresponding passage in the Apostolical Constitutions has “bishops, presbyters, and deacons,” the offices having by this time become separated. The Gospel was preached by the traveling ministers, on the simple principle that the workman is worthy of his meat. “If,” says the Teaching, “the apostle should ask for money he is a false prophet.” — Edward Backhouse, Early Church History to the Death of Constantine, p. 119