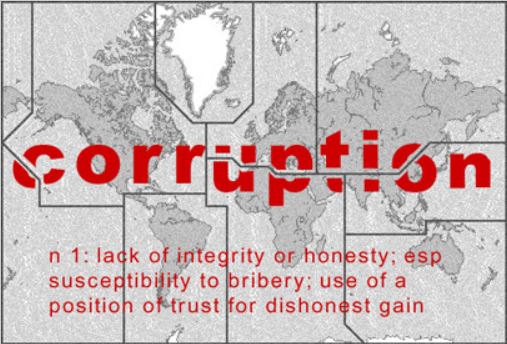 1 Cor. 14:34-35 – Let women be silent in the churches, for they are not permitted to speak; but let them be in subjection, just as the law says; but if they want to learn anything, let them ask their husbands at home. For it is shameful for a woman to speak in church.

The passage above coincides with Paul’s (in)famous instructions to Timothy:

1 Tim. 2:12-15 — I do not allow a woman to teach, nor to exercise authority over a man; they are to be quiet. For Adam was formed first, and then Eve. And Adam was not deceived, but the woman was deceived and fell into transgression. But she will be saved through bearing children—if they remain in faith, love, and holiness, with moderation.

These two passages have been used throughout history to force women into subjective roles to men in religion and society. Today, however, what has been twisted and used to deceive the masses needs to be untwisted and made right. The time has come to expose what man has changed in translation so that women everywhere can be given their honor, dignity and equality back. Men have, by force and translation, robbed women of these things. Scripture has been the number one weapon of choice for men everywhere in order to abuse and manipulate women. The two passages above are battering rams that religious leaders use to “prove” that this is GOD’S mandate.

Well, in case you haven’t read the many articles on this blog that “unmask” the corruptions that men have made to scripture to POINT women into this direction – thus setting them up for abuse – then let me start by saying that it is important that you do so. Many lives and, future abuses, hang in the balance.

So, as usual, I will quote a Hebrew and Greek Scholar on the passages above. Afterwards, I will give a summarization of my thoughts. According to the passages above, Paul believes that women should be quiet, pregnant, and allow the men to do all the teaching, right? Or does he?

“As I have already pointed out, most critical scholars think that 1 Timothy is pseudonymous (not written by Paul): its vocabulary, writing style, theological modes of expression, and presupposed historical situation all differ significantly from what can be found in Paul’s authentic letters. But what about the passage in 1 Corinthians? No one doubts that Paul wrote THAT letter. Even so, there are good reasons for thinking Paul did not write the passage about women being silent in chapter 14. For one thing, just three chapters earlier Paul condoned the practice of women speaking in church. They are to have their heads covered, he insists, when they pray and prophesy—activities done out loud in antiquity. How could Paul condone a practice (women speaking in church) in chapter 11 that he condemns in chapter 14?

It has often been noted that the passage in chapter 14 also appears intrusive in its own literary context: Both before and after his instructions for women to keep silent, Paul is speaking not about women in church but about prophets in church. When the verses on women are removed, the passage flows neatly without a break. This too suggests that these verses were inserted into the passage later. Moreover, it is striking that the verses in question appear in different locations in some of our surviving manuscripts of Paul’s letter as if they had originally appeared as a marginal note (drawn from the teaching of the forged letter of 1 Timothy?) and inserted as judged appropriate in different parts of the chapter. On these grounds, a number of scholars have concluded that Paul’s instructions for women to be silent in 1 Corinthians may not be from Paul, just as the letter to Timothy is not from Paul.

What, then, was Paul’s attitude toward women in the church? In his undisputed letters, Paul indicates that “in Christ there is no male and female” (Gal. 3:28), that is, that men and women were completely equal in Christ. Moreover, as scholars of the late twentieth century began to emphasize, churches connected in some way with Paul appear to have had women leaders. Just in the greetings to the church of Rome, for example, Paul mentions several women who worked with him as Christian missionaries (Rom. 16:3, 6, 12), another who was the patron of the church meeting in her home (16:3), one other, a woman named Phoebe, who was a deacon in the church of Cenchrea (16:1), and most striking of all, yet another woman, Junia, whom Paul describes as “foremost among the apostles” (16:7).

Paul, and his churches, may have been more open to women and their leadership roles than people have traditionally thought and far more than Tertullian thought. No wonder that members of Paul’s churches (primarily women members?) told stories about the adventures of his female companions like Thecla. And no wonder that men in the churches eventually decided to clamp down, forging documents in Paul’s name condemning the practice of having women speak in church (1 Timothy), inserting passages into Paul’s authentic letters urging women to be silent (1 Cor. 14:34-35), calling church councils to condemn an elder of a Pauline church who had dared collect narratives of Paul’s woman disciple Thecla and pass them off as authentically Pauline.

Some scholars have wondered whether the stories of Thecla were causing problems in the Pauline churches years before this accused forger did his work, wondered whether the existence of such stories is what led the author of 1 Timothy, whoever he was, to compose his letter in Paul’s name. It is indeed striking that the letter predicts that in “later times” there will be people who condemn the practice of marriage (4:1-4): “Paul” himself speaks against the practice in the Acts of Thecla. Moreover, the canonical letter of 1 Timothy explicitly urges its readers not to listen to “the profane tales of old women” and condemns younger women who are “idlers, going about from door to door. . .as gossips and busybodies, saying things they should not” (4:8, 5:13). The younger women who have lost husbands are to “marry, bear children, rule their households, and give the enemy no grounds to reproach us” (5:14).

This is certainly not the view advanced in the Acts of Thecla, which urges women not to marry, not to bear children, and to leave their households. For THAT “Paul,” the Paul of the Acts of Thecla, “blessed are the continent, for God shall speak with them” and “blessed are the bodies of the virgins, for they will be well pleasing to God and will not lose the reward of their chastity.” Possibly the stories of Thecla and others like them are what motivated the author of 1 Timothy to write his letter in Paul’s name.” — Bart D. Erhman, Lost Christianities

Scholars have known about corruptions, errors, and mistranslations in translation of scripture for centuries. Yet, many religious leaders and Bible theologians refuse to acknowledge them. Scholars agree that some of the books of the New Testament were not written by the authors whose names are on them. (That is why they are called pseudonymous books. It is an antiseptic term that masks the truth that they are forged.) Many of the purposeful changes that have been made to keep women in bondage and subjection to men have been uncovered and exposed by experts in the field of textual criticism. Yet, many religious leaders and Bible expositors refuse to acknowledge these expositions and set things right.  It is time to unmask what has been used to deceive and set it right. It is time to expose the lies of the religious system regarding women. Why? Because it has led to their abuse and sexual exploitation for centuries. They have been robbed of honor, dignity, autonomy and equality in religion and society. This blog and its many articles expose these lies, mistranslations, twisting of doctrines and heretical teachings of mainstream religion today.  Since women and children bear the brunt of religious abuses, it is vital that we expose the lies in translation that lead to abusive attitudes and behaviors toward women, and expose the abuses that lie underneath religions “mantle” along with the corruptions that lead to these abuses. The system is corrupted through and through. The abuses are rampant. Victims are being silenced and shamed. Who are the victims? Women and children. To not correct something that has caused so much damage to women and children shows a total lack of love and compassion. To profess Christ and do “nothing” about these corruptions, is the weightier sin.