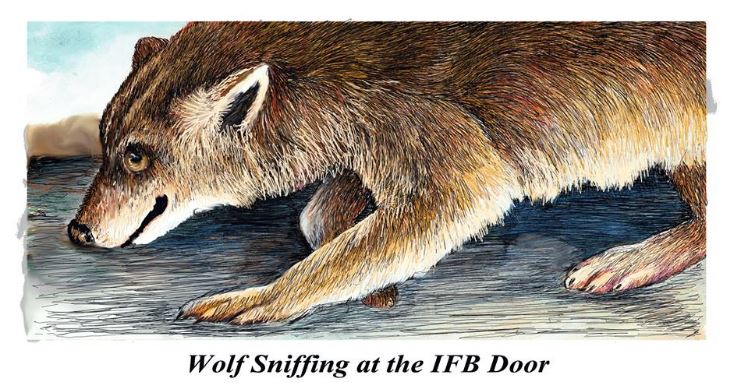 What comes first? Caring for the Predator Preachers or, Caring for the People they harmed? Big People Taking Care of Little People is something that sticks with me as a good formula for who needs to be helped. I always want to help the Little People who have been harmed by the Big People. When the wolf got in our chicken coop, I helped the chickens and my dad put up a fence so it would not happen again. When church members praise the Predator Preacher they are putting new victims at risk by opening the door, which says “More Predator Preachers WELCOMED, rather than building a fence around the people that were harmed and those who may be harmed in the future by other Predatory Preachers.
Can these sex offenders be cured or cared for? Theories of using confrontational treatment of sex offenders ordered for child sexual abuse perpetrators is the most common approach. They use group therapy that relies heavily upon punitive and hostile confrontation and a non-systemic blend of psychoanalytic concepts and traditional talking therapy. There is often little or no effort to provide a theoretical base for the program. These procedures are often moralistic and reflect the judgmental emotional response of society rather than an empirically-based healing technique. As you can see there is not anything that we know of for sure that works with pedophilia. However, in dealing with pedophilia, the focus is not on CURING the pedophile; as no one really knows how to do that. The focus is then on CARING for children, to keep them safe in the future by building a fence around the vulnerable among us, by locking up the pedophile and not allowing the continuation of their abuse. Our society currently is set up to keep the weakest, the littlest among us safe. Big People take care of Little People.

How much more so should that statement be true in our churches. Did the IFB church in your life protect the Little Ones or their Pastors who protected the abuser who abused the Little Ones? Shame on those who did not condemn the Pastors who abused or, protected the abuser, and continue to PRAISE them by allowing them to sit in the IFB PEWS and have not cared for the LITTLE ONES who sat in those same pews while being abused! SHAME on those who enable the Predatory Pastors message to continue through their praise, presence or silence.

Those who enable Predatory Preachers by praising them endanger the vulnerable. So the problem in my view is not those who are confronting the Predatory Pastor or Praisers but, what are we doing to keep the message of the pedophile from being praised or promoted and attracting more Predator Pastors? The blood of the child victims in the IFB church, like the blood of the chickens killed, will bring more wolfs to the chicken coop.

Many in the IFB churches are still in some denial believing they can cure the pedophiles by using a loving message and accepting those who praise the rapist —  like Jack Schaap, for example. This Praise of the Predatory Pastor should make us angry and motivate us to action. I would be equally angry at a group that praises Charles Manson and talks against those people who are trying to protect future children. If your family has been victimized by such a killer as Manson, who actually never killed a victim himself that we know of – yet his followers did – what side of the fence would you be on? If there is not a fence that your IFB church has put up, you would be determined by the blood you or yours have sacrificed because of the wolfs killing spree, to quickly put your energy into building a fence.

There is no easy answer. However, I don’t understand why those who are in denial about the danger of Pastor Predator Praising groups or churches have not left those communities to go build fences around the vulnerable. We build those fences by pointing a finger at the danger of praising the perp-pastor groups and churches. I support all of you advocates, survivors and those who support you with efforts that use your personality style to expose the dangers for those vulnerable ones still in the IFB churches like First Baptist Church of Hammond, Indiana, and their former pastor, Jack Schaap. As leaders in this movement, we must build fences resilient enough to resist future Predator Preachers from getting to our children! I am your cheer leader. You are who you are and that leadership has been helpful to many who see your strong word on that subject. You are a leader and leaders show strength. That is a good thing. I have never seen a predator react to a feather.

Be strong all of you who are building the fences in your life time. Some of you are good yellers, so yell! Others are good writers, so write! Some of you are great listeners, so listen! Some of you draw pictures, so draw pictures! Together we can build a fence, but alone, well. . . alone we are just alone and the IFB will see us as a feather and blow us away.  So get your post hole digger out and help build the fence the best way you know how because God can use your talents to protect His Little Ones if you own your talents and prioritize fence building over caring for the Predatory Pastors.

The IFB tried to teach us as members that the real wolf was our government trying to take away our rights; and so many of us spent so much time looking out for the government as the wolf ready to devoured us that we missed the Wolfs among us in the IFB. As a result, many people got hurt and many, many children were harmed. What a paradox we found ourselves in when we finally saw the IFB wolfs in sheep’s clothing and it was too late. We were hoodwinked. I pray I will see the real wolfs in the future and point the IFB wolfs out to others. Keep up the good fight and I will cheer you on and, draw a picture now again.