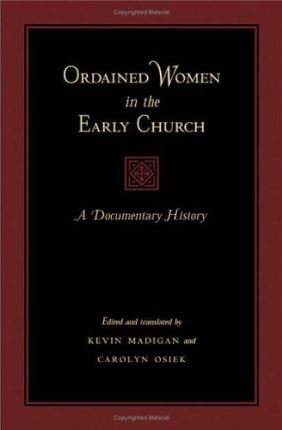 “That the Apostles generally made use of water-baptism cannot however, be doubted; although Paul’s thanksgiving for having himself baptised so few of the Corinthian converts is significant.

At first the act was of the simplest kind and might be per formed by any one.

“Even laymen have the right to baptise, for what is equally received can be equally given.”  – Tertullian.

How soon a superstitious value began to be attached to it we have seen in the story of the Apostle John and the robber. The earliest description of the rite to be found in any Christian author is contained (as in the case of worship) in Justin Martyr’s first Apology (A.D. 138). Probably by that time the new converts were required to pass through a course of religious instruction in preparation for it, whence they were called catechumens, i.e. persons under oral instruction. We have seen in the last chapter how great progress ritualistic ideas had made in Justin’s time, in regard to the bread and wine. The same is apparent in his manner of treating baptism.

Tertullian’s treatise on baptism was launched against the followers of a woman named Quintilla, a preacher of the Gospel at Carthage a little before his time. He is very severe and even scurrilous against the members of this sect, who rejected water baptism as useless, and held that faith alone is now, as it was in Abraham s time, sufficient for salvation. There were other sects at the same period who rejected both water-baptism and the Eucharist. Such were the Ascodrutae, who held, “that the divine mysteries, being images of invisible things, are not to be accomplished by the things which are seen, or the incorporeal by that which is visible and corporeal, but that the true knowledge of that which exists is complete redemption.” They were said to be “a sort of Gnostics,” and the truth which they held may perhaps have been largely mixed with error; but it is also possible that they may have incurred undeserved censure on account of their protest against the encroachments of ritualism. The Seleucians and Hermians, again, rejected water-baptism, maintaining that it was not instituted by Christ, and laying stress on John the Baptist s words : “I indeed baptise you with water,” etc. The number of such dissidents may have been much larger than history declares, and the fact of their existence indicates that even in this early age, there was not wanting in the Church a spirit of protest against the leaven of formality and ceremonial observances.”

— Edward Backhouse, Early Church History to the Death of Constantine, 1903

From the very early ages of Christianity, ceremony and “formality” began to creep into the early church (corruption). What came to mankind as “simple and easy to administer” became rallying points for religious men to elevate themselves and their “uninspired” interpretations into ritualistic observances and rules for early Christians to follow.  Also notice that there WERE women preachers of the Gospel, that were thus “labeled” by these early religious leaders to defame them and stop people from listening to what they had to say.  Nothing has changed much since that time. Women are still being “labeled” and castigated for preaching the Gospel by men who refuse to admit that God gave women “freedom” in Christ to do so as his redeemed. “We are neither male nor female in Christ Jesus.”

Men’s interpretations and preconceptions fill the anals of history with rhetoric regarding women and their service within the body of Christ; all of which, is designed to degrade and humiliate them, causing their words to fall on deaf ears. Throughout early history, the corruptions of men are well shown; as are the “attitudes” regarding women.  Every opportunity to “change” the simplicity of Christ into something only the “elite” can do, is well documented. Man has always taken advantage of what God has given to interject his own ideas, opinions and preconceptions.  Leaven is leaven. There is much leaven in the “church systems” of the world that have resorted to “rules,” “observances,” “rituals,” and religious dogma, to constrain people into a mold and belief system, that is not of God.