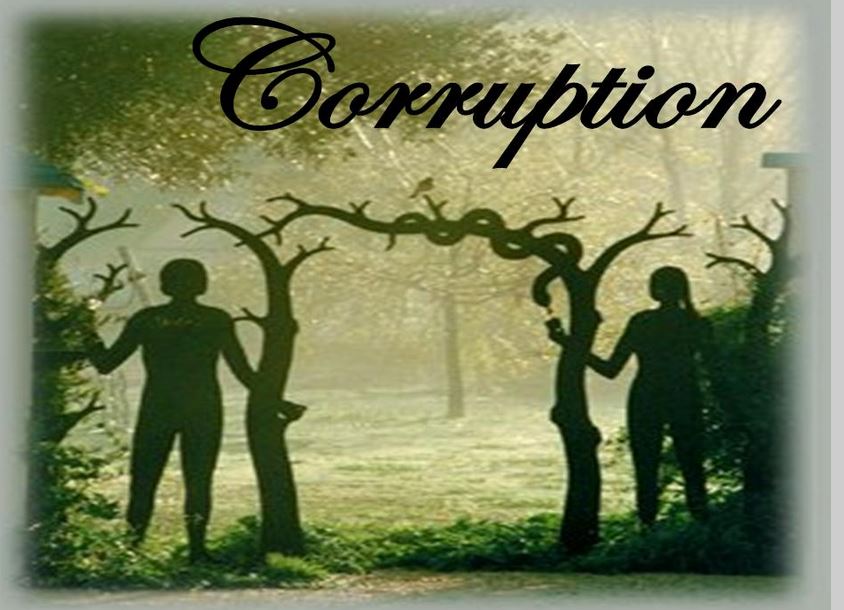 This topic of “obedience” to one’s spouse, co-mingled with “submission” to one’s spouse, has been a weapon the church has used throughout history to subjugate women to men. Throughout the many articles on this blog, I have consistently exposed the many “lies” that have been inserted into the English translation of the Bible in order to direct women everywhere to these two things. Religious men of old have consistently written women out of places of autonomy, equality, honor and dignity in the scriptures. As a result of this, women have borne the brunt of some of the most atrocious abuses known to man – sexual exploitation, rape, incest, murder, mutilation, isolation, psychological abuse and trauma, physical abuse, emotional abuse, etc.  Inequality will always lead to abuse. Knowing this, it is very important that the twisting of scripture, the lies, the preconceptions and the opinions of men be rooted out of the scriptures and the REAL TRUTH exposed regarding women. This said, the next topic I wish to cover is this: Must Women Obey their Husbands?

As Christian women, we have been taught from an early age that we MUST obey our husbands. Men interchange “obey” with “submit”. Because of this teaching, women have been domestically abused throughout history by their husbands. Many religious sects, like the one I came out of – –  the Independent Fundamental Baptists – – teach this very concept. Not only this, because of this teaching, this sect is filled with egotistical and self-centered men that throw their weight around and “bully” their wives into submission to them.  They have adopted the attitude of, “It’s my way or the highway!”  Or, worse, “Do as I say, or else!”  The pride and arrogance of these men lead them to publicly degrade women and treat them as though they are ignorant, subhuman beings that MUST have them and their “wisdom” and “direction” in order to exist.  Ignorantly, we have blind leaders leading the blind and, as a result, they both fall into the ditch. So, let’s talk about this subject.  Once again, I quote a Greek and Hebrew Scholar, Katherine Bushnell from 1923:

The word “obedience” hupakoe, is quite different from the word “subjection.” Its corresponding verb from which it comes, is hupakouo, and means literally, “to listen to,” with the derived sense of “to obey.” It has always been translated “obey” in the New Testament excepting at one place, Acts 12:13, where Rhoda comes “to listen to” Peter’s knocking. This word has been used nowhere in respect to the wife’s duty to her husband, with one safe exception, in an illustration. In 1 Pet. 3:6 the Apostle points women to the example of Sarah, who “obeyed Abraham, calling him Lord,” or “Sir,“ as the same is often translated (Matt. 13:27; John 12:21, etc.). So did Jacob call Esau “lord,” though it was God’s revealed will that Jacob should hold the place of superiority; and Aaron called Moses, his younger brother, “lord,” and Moses called the striving Egyptians “lords” (Gen. 33:8, 14; Exod. 33:22; Acts 7:26). There was a rabbinical saying which Peter may have known and quoted here: “The wife of Abraham reverenced him and called him lord.” It is to be noted that Peter’s admonition is “subjection;” his illustration is subjection carried to the point of obedience. When giving a pattern for incitement we are very apt to take an extreme case, “Be unworldly; as Francis of Assisi, a wealthy young man, who renounced all his inheritance, and lived on alms.” By these words the spirit of Francis is the point urged; not the literal copying of his acts. So with Peter’s words here. And that spirit becomes all Christians alike. “In honour preferring one another.”

As far as Abraham and Sarah are concerned, we are left in no doubt as to this relation of obedience and respect being mutual and reciprocal; God commanded Abraham to call Sarah by the very respectful name of “Princess,” Gen. 17:15; and the strongest passage in the Bible seeming to enjoin obedience, as between husband and wife, is at Gen. 21:12, “And God said unto Abraham. . . in all that Sarah saith unto thee, obey her voice.” The Hebrew verb used here, translated into English, “hearken unto,” is the same word translated “obey” at Gen. 22:18. It means “to listen to,” as does the Greek word “to obey,” but it has been translated “obey” in 89 places in the Old Testament, and carries the sense “obey” as proved by the context, in scores of other places, just as it does in this passage, concerning which there is no doubt that Abraham was to obey in what Sarah told him to do,– “Cast out the bondwoman and her child.”

The question naturally asked: “But in the unique relation existing within the marriage bond, is not the wife bound to unquestioning obedience?” We do not so read the Bible. Turn to Lev. 20:18, where exists a commandment to prevent unhygienic conduct within the marriage relation. There is no question here but that God held both man and woman equally responsible for trampling upon this hygienic law; and this could not have been the case had the wife been bound to unquestioning obedience to her husband in this matter. In both the Greek and the Catholic Church, we understand that in the marriage service the conditions laid upon the bride and bridegroom are identical. In the United States the word “obey” is seldom used in the marriage ceremony. If, under the Mosaic law, the obligations and responsibilities of the matrimonial relation were identical for man and woman, as the passage cited from Leviticus seems to prove, it is exceedingly difficult to believe that the Gospel message is meant to place women on a lower plane of moral responsibility than the Mosaic law did.

To sum up: It seems clear that Jesus Christ MEANT WHAT HE SAID in the words, “No one CAN serve two masters.” It amounts to an impossibility, and God never demands the impossible. Mutual respect, honour, humility, meekness, forbearance, and the yielding of one’s preferences, are incumbent upon all believers to be exercised under all circumstances short of making allegiance with man such as one owes to God only. Sarah made a greater declaration than her limited intelligence in that age could have fully grasped, but God ordered Abraham to act in accordance with its inexorable law: “The SON of the bondwoman shall not inherit with the son of the free woman.” Let us pass over the circumstances that led to that decision in the Household of Faith,– and an utterance on Sarah’s part that has been misunderstood and misjudged, but we have not space to enter into it now,– and learn the lesson of the words themselves. God establishes no covenant relations with one in bondage. Moses’ words to Pharaoh knew no variation: “Thus saith the Lord, Let my people go, that they may SERVE ME.” They could not BOTH serve the Egyptians as bondsmen, and God. “No one CAN serve two masters.” God would not take them into full covenant relations with Himself until they were FREE. It is so today. Thousands of Christians, held in bondage by human companions, are crying out for a clearer realization of covenant relations with God, and God’s demand is ever the same: “Let my people go, that they may serve me.” God may remember His covenant with our fathers, but nevertheless we are NEVER in full covenant relations with Him until FREE. And this applies to women as well as to men. The freedom or bondage of the mother, moreover, both Sarah and St. Paul declare, shall determine the status of the son. No son of a bond-woman, because her spirit in him, can, as such, enter into full covenant relations with God. Fathers of sons, who hold their wives in sensual bondage, doom those sons to a personal sensual bondage. It is God’s own law, then, that one sex cannot get free and the other sex remain in bondage. It is impossible to understand the enormous extent to which all Christendom has been morally crippled in its progress by the attempt to keep the female sex in bondage, especially to the husband’s sensuality.

Let us remind ourselves again that when the women of apostolic times, who laboured with Paul in the Gospel, either listened to, read, or taught others from the text, Gen. 3:16, they must have understood and taught it as meaning, “Thou art turning away to thy husband, and he will rule over thee,”–for this is the reading of the Septuagint version, which they universally used, and this is the way early Church Fathers invariably quote the verse. These women would not have read, “Thy desire shall be to thy husband, and he shall rule over thee”  (a corruption I have already exposed on this blog). Now without this verse, translated as we have it, and used as an index to Paul’s meaning when he talks on the “woman question,” we may well inquire how these women would have interpreted his words. What sense would Paul’s language about women have conveyed to women who had not been taught “the curse of Eve?” To women who never knew that Genesis taught (?) that God subordinated woman to man at the time of the Fall? To women who had never heard the Bible taught the wife to obey the husband, because Eve brought sin into the world? Or to a woman who had never heard that, according to the Bible, her “desire” must be under the husband’s control. Such was the condition of mind of the Gentile women, at least, who heard Paul’s letters read. They knew that their heathen religions taught that woman was her husband’s subordinate. But they did not have this teaching from Gen. 3:16, and if not from there, then they found it nowhere in the Old Testament. How differently they must therefore, have construed Paul’s language!

In place of such teachings as this about woman’s “desire,” they would have, rather, the recently uttered sayings of our Lord, standing out to their minds with startling clearness, because so unlike their Gentile teachings: “The kings of the Gentiles exercise lordship over them: and they that exercise authority over them are called benefactors. But ye shall not be so.” They were not to look upon this exercise of authority as a benevolent thing, but quite the contrary. “No one can serve two masters,” then how could a woman “serve” her husband and her God? And how could her husband be a “benefactor” to her, while exercising authority over her? “Be not yet called Rabbi: for one is your Master, even Christ. . . Neither be ye called Masters: for one is your Master, even Christ. But he that is greatest among you shall be your servant. And whosoever shall exalt himself shall be abased.” What a totally different sense have such words as these! And these are the teachings which would be much in the mind and thought of those early Christians, because so recently uttered by their Divine Master.

The magnitude of the corruption in scripture regarding “women” is mind-boggling. It doesn’t take a rocket scientist to figure out WHY MEN have made these changes to write women out of power and authority, honor and dignity….they are self-serving and self-seeking. They desire all power and control. They want their sexual desires met however they so desire and want their women to shut up about it. Self-serving and self-centered men, show no mercy, compassion, ethics or morality when it comes to women. Not all men are this way, but enough are, and have been, this way, that it has cost women everywhere their FREEDOM in society, in marriage, and in the “church.”

Marriage is a partnership where there is equality, honor dignity and respect shared between partners. It is not a dictatorship that produces abuse and bondage. The church is the same way; yet, has become a dictatorship to the point of using unethical means to silence and shame women everywhere and keep them in bondage and out of leadership.