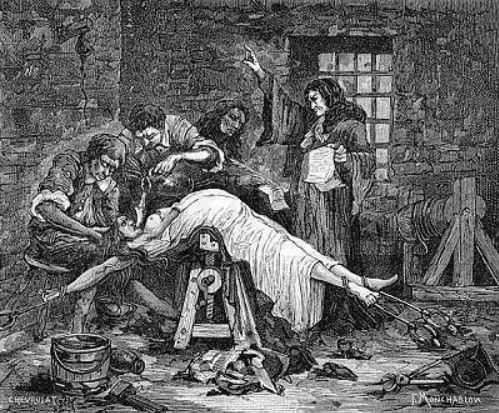 One of the areas of interest for me, as a student of early church history, is the Emperor Constantine. What this emperor did by merging pagan and Christian concepts, was to create a man-made religious “system” that would take the world by storm. This new brand of Christianity was able to give Constantine a position that allowed complete domination and control of the populace through secular strength and power. The corruptions that ensued as a result of his leadership, helped to bring his agenda for control of the masses to fruition. The religious system developed, for the first time in human history, merged secular strength with religious control. This one man was responsible for the mutilation and murder of hundreds of millions of people “in the name of God” for the salvation of the world through Christ. Most of those mutilated and murdered were women and children. Because of his new brand of Christianity, the world and its view of women, was forever changed. Inequality and oppression toward women proliferated and emerged victorious through force.

Throughout Christendom today, countless multitudes have no idea that the brand of Christianity they serve is a by-product of this merger. Through the process of time, corruptions and mutations have occurred within this system that have set up mere men with the ability to sway governments, incite people to violence, and affect secular laws. The power and control wielded through “religion” is a phenomenon that very few talk about. I talk about this merger in my book, Religion’s Cell: Doctrines of the Church that Lead to Bondage and Abuse.

“The cross signifies the problem: When suffering is seen to serve a universal plan of salvation, its particular character as tragic and evil is always diminished.” – Constantine’s Sword, James Carroll, pg 6

Because of this merger between government and religion, those in control throughout the religious system had the power to confiscate wealth, the power to put anyone to death, the power to rape and torture – all in God’s name for the salvation of the soul of the victim. From the time of Constantine till now, this religious system that was created has reached its tentacles into every era throughout history with its evil. What is the evil? The mindset and/or belief that all this suffering, meant to bring about the salvation of others, was necessary and good. Does the end justify the means? What is it’s fruit? Let’s look at one example and see.

(Excerpt from my book, Religion’s Cell: Doctrines of the Church that Lead to Bondage and Abuse.)

During the Inquisition in 1320, when Pope John XXII formalized the persecution of witchcraft, women were the first target to be persecuted. In order to rid Europe of sorcery, millions of women were accused of being witches and were sent to torture chambers, burnt at the stake, mutilated, sexually abused or drowned. Since celibacy for priests was put into law by the church over 360 years earlier, this opened a huge door to sexually deviant or perverse priests. Countless numbers of priests used their confessional, to threaten female penitents with the “Holy Inquisition” if they refused to have sex with them (News1675).

In the Inquisition, pain inflicted on sexual organs was very prevalent, another clear sign of the sexual obsession brought on by the perversions of celibacy. This sexual obsession quickly grew to the point where a woman lived in fear that, out of the blue, she would be accused by some nameless wretch of being a witch; since accusation equaled guilt, that woman could expect a slow, torturous death at the hands of sexually deviant celibate priests.

This statement is historic fact, found in the official document of the Roman Catholic “Holy” Inquisition, “The Malleus Maleficarum”. (News1675)

The Inquisitors who wrote the Malleus Maleficarum, “The Hammer of the Witches,” explained that women are more likely to become witches than men:

Because the female sex is more concerned with things of the flesh than men; because being formed from a man’s rib, they are ‘only imperfect animals’ and ‘crooked’ whereas man belongs to a privileged sex from whose midst Christ emerged. (Ellerbe)

Over the period that the Inquisition lasted, over 75 million Protestants lost their lives. King James I estimated that the ratio of women to men who “succumbed” to witchcraft was twenty to one. Of those formally persecuted for witchcraft, between 80 to 90 percent were women (Ellerbe, 1995).

Many styles of torture were invented during the inquisition so as to inflict the most horrific pain on the victims without killing them. The worst of these were used on those accused of witchcraft. Millions of innocent people were tortured and killed during this time. The Inquisitors followed the procedures set forth by the Dominican Monks of Pope Innocent VIII. During the early stages of the Inquisition those accused were simply urged to confess. The women were usually stripped naked, shaved, pricked with needles and knives for insensitive spots and then examined for marks of the Devil up close and personal. Before the torture started the victim was informed of what was about to happen. This gave them an opportunity to confess to whatever the inquisitors wanted them to. If anyone refused to talk even under the torture, they were accused of being aided by the Devil. While being tortured, another person was on hand to record anything that was said by the victim. Each round of torture became worse and worse (News1675).

Some women, says a person who was present, having been surprised in the church, were stripped of their garments, and the barbarians, making them join hands as for a dance, compelled them, by severely pricking them with their daggers and pikes, to march round the castle, amidst shouts of laughter and outrages, of which they were the objects. After this they took them, already covered with blood, and flung them, one after another, from the top of the rock upon which the castle was built. Many others were taken elsewhere and sold . . . A young mother, who was fleeing across the corn-fields with her infant in her arms, was seized and violated by these soldiers, or rather brutes, whilst she still continued to hold her babe pressed to her breast. An old woman, whose age secured her from similar outrage, was treated by them in a way which insulted both humanity and their own religion. They shaved her in the form of a cross, and having decked her with some worthless ornaments, dragged her through the streets, chanting in derision, after the manner of priests. This took place at Lauris, on the way between Cabrieres and Avignon. The procession arrived where there was an oven ready for baking bread, and the soldiers, pushing their victim forward with their weapons, said to her, “Go in there, you old damned wretch!” The poor woman was going in without resistance, so much had she been tormented, when those who had heated the oven objected, and prevented her from being thrown into it . . . Amidst such brutalities, a thousand times repeated, under different and more revolting forms, the army came to Cabrieres. (Muston, 1875 pp. 66-67)

The exact methods of torture varied from place to place. The rack was used. Horsewhipping was used. A sharp iron fork was used to mangle breasts. Red hot pincers were used to tear off flesh. Red hot irons were inserted up vaginas and rectums. A device was used to tear out fingernails and then needles were shoved into the quicks of the nail bed. Special instruments were used to lacerate flesh and crush bones. They crushed fingers and toes. Acid was poured on victims. Limbs were immersed into pots of boiling oil or water. Eyes were gouged out with irons. Victims were set on fire. Water was poured down the throat of some victims with a knotted cloth and then jerked out, tearing up the bowels. There was no limit to the types of cruelty and torture used. Anything was allowed during the Inquisition. The inquisitors were sadistic and merciless. Even if a victim confessed, they were still subjected to more torture. Victims were sent to the gallows or burned at the stake. They were flogged, flayed alive, burned, branded or had their tongues cut out. Many were buried alive. By the seventeenth century, millions had died including men, women, children and babies (Inq11).

But how shall I describe the scene which took place in the church? It was the most horrible and sacrilegious scene of all; for it was there that a great number of the women and young girls of the place had taken refuge. The soldiers rushed upon them, stripped them, committed the most shocking outrages upon them, and then some were thrown down from the steeple; others were taken away to be still further abused. Pregnant women might be seen with their bellies ripped up, and the bloody fruit of their womb fallen from them. Mutilated bodies, still breathing, lay scattered before the porch. The advocate Guerin, who was present there, said in his deposition, “I think I saw four or five hundred poor souls of women and children killed in that church.” (Muston, 1875 p. 68)

Because of the power and control that the church gained from Constantine’s merger of government with religion, the outrages upon humanity defied conscience and flew in the face of the God they claimed to serve. For centuries into the future, all this EVIL was perpetrated in the name of God for the salvation of the world. Millions suffered. Millions died. Millions were mutilated, burned, buried alive, and sexually abused. Inequality was ushered into the world on a level that was so massive that it has affected the mindsets of men everywhere for centuries; thus, paving the way for a worldwide culture of domestic abuse, sex trafficking, forced prostitution, rape, incest, emotional abuse and pedophilia of women and young girls across the world from then until now.

It is time for “religion” to be wiped clean and for the abuses against women and children to stop. The fruit of male dominance and leadership has been war, murder, violence and hate throughout history. Equality is key in breaking through the evils and stopping the suffering and abuses. Equality in religion is key in setting right what man has corrupted that affects half the human race abusively – women. The time for this change to come, is now.