Gen. 25:21 reads: “Isaac pleaded with the Lord on behalf of his wife, because she was barren; and the Lord responded to his plea, and his wife Rebecca conceived.” Rashi (1040-1105) first notes that the meaning of vaye’tar (pleaded) is “to pray much and earnestly. Many biblical quotations support this meaning of the word.” He then seizes on a peculiar expression in the Hebrew text, noting that le-nokhach ishto, although commonly translated as “[pleaded] for his wife,’ literally means ‘opposite his wife,’ which is the basis for the Talmudic suggestion that ‘Isaac prayed in one corner and Rebecca in another.’ ” Not only has Rashi explained to the reader the literal meaning of the Torah’s words, he also has conveyed a visual representation of the room in which Isaac and Rebecca prayed. We can well imagine that later on many Jewish couples, plagued by infertility, took up praying positions in opposite corners of the room, in line with Rashi’s explanation.” — Jewish Literacy, Rabbi Joseph Telushkin, p. 183. 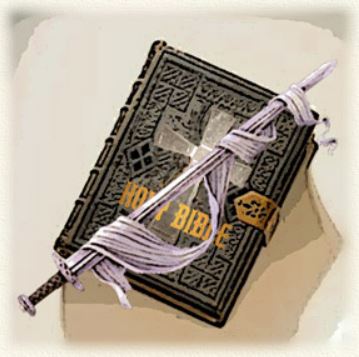 Throughout my time in a fundamentalist religious sect, the men were given the preeminence over women. I was taught that the man’s prayers had the preeminence over that of the woman. Women were second class human beings because they were women. I was taught that a man had to have the control over the women in every instance of her life. By implication, I was also taught that God would not hear the prayers of the woman unless their was a man standing over her as head. Systematically, throughout scripture, God has debunked these lies of the religious system and its leaders! Every time I delve into one of Telushkin’s books, I discover true meanings of passages that Chrisitian leaders twist in order to subjugate and control women and point them into positions of servitude. The above passage is one such passage.

In the passage above, I also see two people that are EQUAL before God; both praying earnestly for a situation that they would like God’s intervention with. The interpretation in my English KJV Bible is “And Issac intreated the Lord for his wife, because she was barren: and the Lord was entreated of him, and Rebekah his wife conceived.” Please notice that this translation points the women to inequality and a position that implies that only Isaac’s prayers to God will make the difference. It implies that Rebekah had no autonomy or authority with God, or, in her own life! Please note the drastic difference between the passage in my English Bible compared to the Hebrew translation!  Consistently, through the many articles on this blog, I have exposed how men, through TRANSLATION, have pointed women into this direction of servitude and inequality and, have placed men in a position of dominance. This is just another instance of the purposeful corruptions of man in order to control women.