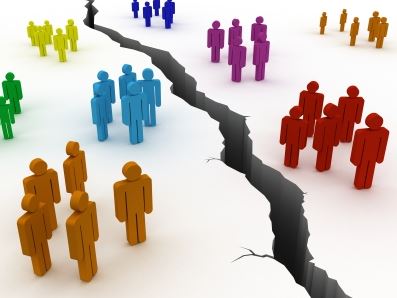 Another form of Asceticism was the honour paid to the unmarried state. At a very early date, perhaps from the times of the apostles, celibacy was esteemed a holier condition than marriage. Athenagoras (A.D. 177) says, “You will find many among us, both men and women, growing old unmarried, in the hope of living in closer communion with God.” Some even, like the hermits and monks of the third and fourth centuries, withdrew from the haunts of men to spend their lives in meditation and prayer. But the more healthy view of the Christian life still made head against these ascetic tendencies. The writer of the Epistle of Barnabas thus reproves those who yielded to them : “Do not retire apart to live a solitary life as if you were already perfect : but coming together in one place, make common inquiry about what concerns your general welfare. For the Scripture says, Woe unto them that are wise in their own eyes, and prudent in their own sight.” Clement of Alexandria treats the question in his usual vigorous and enlightened manner. “The mature Christian,” he says, “has the apostles for his example. And truly it is not in the solitary life one shows himself a man; but he who, as a husband and father of a family, withstands the trials that beset him in providing for a wife and children, servants and an establishment, without allowing himself to be drawn from the love of God. The man who has no family escapes many trials; but as he has only himself to provide for, he is inferior to him who, having more to disturb him in working out his own salvation, yet fulfills more duties in social life, and truly exhibits in his family a miniature of Providence itself.” Second marriages were in general disrepute, and were by some writers even denounced as sinful. Such a doctrine, it need hardly be said, is contrary to the clear voice of Scripture.

— Edward Backhouse, Early Church History to the Death of Constantine

There are three things that I would like to point out here:

1. Celibacy has been a “religious practice” from the very early centuries that is condemned.

2. Separation was a religious practice that is condemned.

3. Second marriages were condemned, a practice that is “contrary to the clear voice of scripture.”

All three of these areas of concern have there tentacles in today’s religions. Not much has changed with the “church system.”  What was then, is still taking place now. We see celibacy as part of the priesthood in Catholicism; separation has taken on a paramount importance among fundamental Christians who not only isolate themselves, but their families; and, second marriages are condemned by most religious sects, still.

Religious rules and practices have always been a part of the zealously religious lifestyle. In their zeal to please God, they have forgotten:

2. Separation creates a “holier-than-thou” perception in the minds of unbelievers, propagates hate and/or fear toward those who believe differently or act differently, and cripples those isolated from being able to function in the real world once they have to branch out on their own as adults.

3. Forbidding one to divorce puts a shackle of bondage on those that are being emotionally, physically and sexually abused in a relationship.