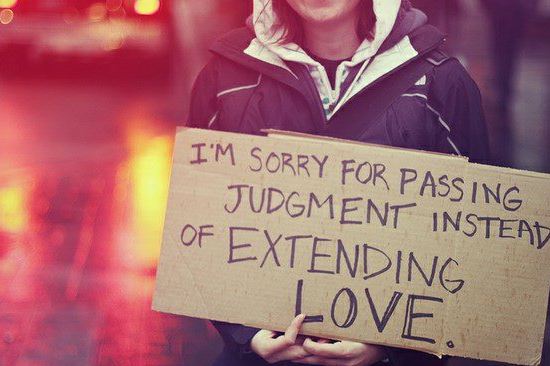 Of those who wrote during the first two centuries the most noted was Celsus, an Epicurean, whose treatise, entitled The Word of Truth, written about A.D. 160, is known to us only by the refutation which nearly a century afterwards it drew from the learned pen of Origen.

Amongst the charges which Celsus brings against Christianity, are the absurd conduct of those who preached it and the vulgar character of those to whom it was preached. Underneath his words, often false and unjust, there lies a profound homage to the truth, the more valuable because it is involuntary. He describes the preachers: “There are many nameless persons who in the most facile manner act as if they were inspired. They go through the cities, declaiming within the temples and outside the temples, and through the armies, everywhere attracting attention. They declare, I am God; I am the Son of God; or, I am the Divine Spirit. I have come because the world is perishing, and you, O men, are perishing for your iniquities. But I want to save you; and you shall see me return with heavenly power. Blessed is he who now does me reverence. On all the rest I will send down eternal fire, both on cities and countries. Those who know not the punishments which await them shall repent and grieve in vain; but those who are faithful to me I will preserve eternally. To these promises they add strange and unintelligible words which every fool and imposter may apply to serve his own purposes.” — Edward Backhouse, Early Church History to the Death of Constantine, pages 108-109

Celsus was a heathen philosopher that was not for the Christians. As a matter of fact, he employed his abilities in warning people against them. His perception of them was that they gave off a holier-than-thou spirit that was judgmental. They were isolating themselves and their families and giving off a very unfriendly attitude.  Most Christians refused to participate in any of the outside activities of their time once they were converted.  It made the heathen feel like they were wicked and evil influences even if they were just as moral or ethical as the Christian.  It led them to believe that Christians thought something was wrong with THEM – a very offensive attitude. There were many Christians at this time that had exemplary conduct morally and ethically; and yet, forgot the most important directive that has ever been given – Love your neighbor as yourself.  Ostracizing themselves and their families from non-Christians and worldy activities that they once particpated in, was not showing love and allowing love to draw them to Christ.  Even back then, many Christians were so caught up in the rules of separation and holy living that they could not see how this behavior was perceived as offensive.  Backhouse talks about their unwillingness to “show themselves friendly” to the heathen people.  They forgot they lived amongst heathen that had the ability to pick up on these offensive attitudes of self-righteousness and judgmentalism that emanated from them. This attitude only exacerbated the other things that the heathen did not like about them.  Another reason they did not like Christians was that there were those that were serving their own purposes and bringing to fruition their own agendas as mentioned in the quote above. Another reason  for the animosity was that they did not worship the heathen gods. Even though the latter was considered a bad thing, it could have been overlooked if only the Christians reputation had not been tarnished by the perceptions of unfriendliness, self-righteousness and judgmentalism. There was a large number of Christians that did not unconditionally love heathen people, did not show themselves friendly as Christ did, and did not allow non-believers to come to know Christ at  their own pace; accepting them as they were and allowing God to do the work. Instead, they were forcing their beliefs upon the people through threatenings of eternal damnation. As a result of this, there were many bogus charges levied against the early Christians that were preposterous.  These preposterous accusations followed Christians everywhere they went as a result! This eventually led to the Christian being heavily persecuted for not worshiping the heathen gods; which was the legal way of taking them out of the picture. Many countless Christians lost their lives as a result.

When I read the above passages, it reminded me of the Balaam Phenomenon that I wrote about in my book and on this blog. What Celsus saw happening with Christian pastors then, is the similar to what we see today. Many of them were usurping the position of a god. They were paying themselves undue homage and claiming and authority they did not have. They usurped the Holy Spirit’s position in the lives of the people and had the audacity to tell people what God’s will was for them instead of letting the Holy Spirit guide them. They were furthering and bringing to pass their own agendas at the expense of others. And, as Celsus said so well, “they add strange and unintelligible words which every fool and imposter may apply to serve his own purposes.” In other words, they were twisting the truth to further their agendas. Add to this the many grievous words heralded against them regarding hell if they did not repent and get saved. Truly, if the unconditional love of God and his unconditional acceptance of sinners was the theme of every Christian’s message and actions,surely the persecutions would have been much less.

What we can learn from this bit of history from a heathen’s perspective, is that not much has changed. People do not like to be made to feel like they are “less than” anyone else. They do not like to deal with those that think they are “above” them and look at others with an air of arrogance, self-righteousness and judgmentalism. This type of conduct will always bring about persecution. It did then, and will today. Because of the those that give off a stench of being holier-than-thou and, separate themselves from the world – being perceived as unfriendly –  the majority will bear the brunt of the labeling that will take place against them. If Christians undergo persecution today, it will be because of the same issues that plagued them back then and throughout history.