“Many people who conceive of idolatry as the worship of statues and totem poles assume that it no longer exists. From Judaism’s perspective, however, idolatry occurs when one holds any value higher than God and morality. A person who says “My country right or wrong” and , on this basis, acts unjustly, is an idolater. By regarding his country’s demand to do wrong as more binding than God’s demand to do right, such an individual makes it clear that he or she regards country as higher than God.

Unfortunately, the idolatries that tempt modern man often are of great value, i.e., the nation, art and literature, even education. It is only when one ascribes to them supreme value that they turn into “gods.” For example, the people who agitated to have fascist propagandist Ezra Pound released from incarceration because he was a great poet apparently believed that great literary figures are beyond good and evil, and therefore should not be punished for doing evil. Good literature is wonderful, but such and attitude is idolatrous.

Evil can ensue when one so elevates a good ideology that it becomes a form of idolatry.” 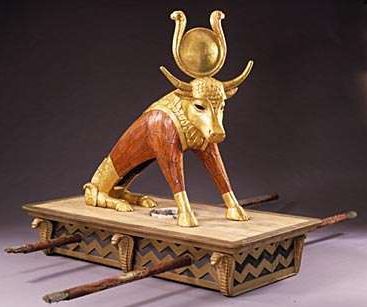 Recently, I posted my story on here that covered the many “red flags” my husband and I ignored while involved with an Independent Fundamental Baptist Church.  Today, I would like to draw an analogy from those “red flags” to show a modern day idol that is pervasive in many American institutions. According to Telushkin, any ideal that is elevated above what is morally right, can be cited as “idolatry.” I would like to add to this that any “person” that we elevate above what is morally and ethically right can be cited as an “idol.”  By regarding this person’s demand to do wrong as more binding than God’s demand to do right, such an individual makes it clear that he or she regards the this person as higher than God. This is idolatry.   Let’s talk about this idol.

From the beginning, man has had a desire for money, power, prestige and control. Through the many articles on this blog, I expound on this desire of men and how it has affected women adversely. Last week, I laid out a whole bunch of “red flags” that went ignored because of this new modern day form of idolatry that has infiltrated many religious institutions. This idol is such that:

How can this be? How can such blind trust and faith be put in an idol that people are willing to forgo the living God and morality  to prop this idol up in their minds and hearts?  The answer: “Religion” teaches us to.  This idol is so powerful that it blinds even the elect and, leads them along in chains of bondage to the idol’s every whim of doctrine, desire and want. Let’s look at this idol’s influence:

What is the name of this idol that has such power, prestige and control?  The answer: PASTOR