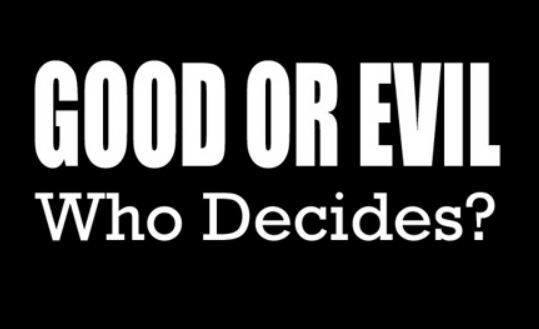 Deciding to write about this topic was one I thought would interest survivors of abuse. Many survivors are currently dealing with evil in their lives – whether it be evil perpetrated against them to silence them or, just plain evil people – either way, evil will leave a person afraid, hurting, confused and a whole host of other emotions. Surrounded by evil behaviors from good people and evil behaviors and words from evil people, we must understand how dangerous the evil are and how they affect us. This information is so much more involved than just the little I share with readers here. I recommend everyone purchase and read a copy of M. Scott Peck’s, People of the Lie. He covers this topic so well and identifies so much of what we deal with as survivors from the people in the religious cults we came out of. It is a must read for every survivor. I am sure when he wrote this book, he never dreamed it would be applicable to the church and its followers!  Sadly, it is.  Knowing how to identify and avoid evil and those who are evil will save us so much trauma. All this said, let me take up where I left off in the first part of this topic and discuss the next characteristics of “the evil” that will help us to identify who they are.

People of the Lie

Another characteristic of the evil is Narcissism, or self-absorption. According to Dr. Peck, some forms of it are normal in childhood, but not in adulthood. Some are more distinctly pathological than others. He talks about a particular pathologic variant called “malignant narcissism,” a term given by Erich Fromm.

“Malignant narcissism is characterized by an unsubmitted will. All adults who are mentally healthy submit themselves one way or another to something higher than themselves, be it God or truth or love or some other ideal. They do what God wants them to do rather than what they would desire. “Thy will, not mine, be done,” the God-submitted person says. They believe in what is true rather than what they would like to be true. . . what their beloved needs becomes more important to them than their own gratification. In summary, to a greater or lesser degree, all mentally healthy individuals submit themselves to the demands of their own conscience. Not so the evil, however. In the conflict between their guilt and their will, it is the guilt that must go and the will that must win.”—M. Scott Peck, M.D.

He goes on to say the evil are extraordinary in their willfulness. They have a strong will and are determined to have their own way. There is remarkable power in the manner in which they attempt to control others (Peck).

This said, a strong will does not determine that a person is evil.

“It is a characteristic of all “great” people that they are extremely strong-willed—whether their greatness be for good or for evil. The strong will—the power and authority—of Jesus radiates from the Gospels, just as Hitler’s did from Mein Kempf. But Jesus’ will was that of his Father, and Hitler’s that of his own. The crucial distinction is between “willingness and willfulness.”

This willful failure to submission that characterizes malignant narcissism is depicted in both the stories of Satan and of Cain and Abel. Satan refused to submit to God’s judgment that Christ was superior to him. For Christ to be preferred meant that Satan was not. Satan was less than Christ in God’s eyes. For Satan to have accepted God’s judgment, he would have had to accept his own imperfection. This he could not or would not do. It was unthinkable that he was imperfect. Consequently submission was impossible and both the rebellion and fall inevitable. So also God’s acceptance of Abel’s sacrifice implied a criticism of Cain: Cain was less than Abel in God’s eyes. Since he refused to acknowledge his imperfection, it was inevitable that Cain, like Satan, should take the law into his own hands and commit murder. In some similar, although usually more subtle fashion, all who are evil also take the law into their own hands, to destroy life or liveliness in defense of their narcissistic self-image.”—M. Scott Peck, M.D.

What is the cause of this malignant narcissism, this arrogant self-image of perfection? How come it doesn’t afflict everyone? No one knows why. They have not even succeeded in distinguishing between all the different types of self-absorbtion yet. At the time Dr. Peck wrote his book, People of the Lie, there was no definitive answer. Some people can be grossly narcissistic and other not at all.

Another characteristic of the evil is that they are masters of disguise. As mentioned in the first part of this article, because the evil are masters of deception and disguise, it is almost impossible to pinpoint the maliciousness of the evil. Their disguise is impenetrable (Peck). The evil hate the truth that exposes their flaws, their crimes, their manipulations, their deceptions. No cost is too high to pay in order to maintain the disguise of righteousness and respectability. Everyone becomes expendable in order to maintain the façade.

And the last characteristic of the evil that I will cover is this: The evil always hide their motives with lies. The lies are not necessarily blatant or gross lies. “Naturally, since it is designed to hide its opposite, the pretense chosen by the evil is most commonly the pretense of love (M. Scott Peck, M.D.). “Because we are good, loving parents, we are deeply concerned about Timothy.” “Because I am her pastor and I love Susie, I am only looking out for her best interests.” “Because we are your parents and we love you, we are doing this to you.” And yet, not everyone is operating under this disguise. So, then, according to Dr. Peck, it must be a matter of degree and it is difficult to know where to draw the line between those that are “falling” into evil and the “fallen.”

First there is a matter of the degree to which they are willing to sacrifice their victim for the preservation of their narcissisitic self-image (Peck). There seems to be no length to which they won’t go. It will not bother them at all to label their victim and use him as a scapegoat. Then there is also the degree — the depth and distortion — of their lying (Peck). The lies are so many that it is a web of deceit so vast that it is nauseating and overwhelming to those affected by it.

Evil is contagious. It affects those surrounded by it in harmful and destructive ways. It leads to many abuses and crimes. So, it is imperative we are able to identify those that are perpetrating evil AND those who have “crossed the line” and are Evil. Let’s review what we’ve covered thus far:

In conclusion, because of the church’s attempts to defend the evil they hide underneath their façade of righteousness, I have endeavored to help readers understand how to identify the evil no matter where one may be. For the last several years, survivors of religious abuses have been doing their best to tell the world the evil they have endured at the hands of those they should have been able to trust.  The evil are in the church and outside of the church, they are family members, they are neighbors, co-works, employers, politicians – everyday people.

Identifying the evil that surround us will enable us to avoid the contamination to the best of our ability. It will allow us an OPPORTUNITY to avoid it, if at all possible, and not be blind-sided by it. Usually, evil is so subtle that by the time we do realize what is happening, it is too late and the harm has been done. Since there is so much evil lurking underneath the mantle of righteousness that many people wear, we must be all the more wiser and our radar needs to be on the highest possible alert level in order to avoid becoming victimized by it, or worse, fall into it. It’s that serious. Identifying evil and “the evil” can mean the difference between happiness or destruction, life or death. What I have come to realize is there is evil in the church system. The Evil have also made their home there. Yet, there are good people in the church system and they too have made their home there. It behooves us to know who our enemies are and avoid them. We also must be aware that because the evil and the good operate alongside each other, good people can be contaminated and influenced by the evil to do evil things to other good people. Those contaminated by evil can recover and be recovered. They are not lost to it. Only those that have “crossed the line” and ARE evil cannot be recovered. This said, one thing rings true where evil is concerned – its primary agenda is to protect self-image. Any organization where you see a complete focus on preserving a righteous and respectable facade; where the focus is to hide all the dirty laundry and corruption – you will find evil lurking. Be Aware.