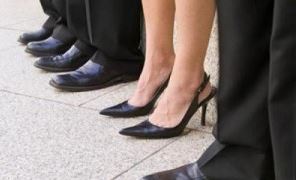 Understanding the “subtil” changes in translation regarding women, is of the utmost importance for women everywhere. In order to truly understand the scriptures and God’s will for women, we MUST endeavor to learn the TRUTH. If we do not, we will forever be ‘second-class’ citizens of the world. This was never God’s plan for us. This is why I have been covering this topic on sex bias and how it influenced the translators. This is why I spend all my time revealing the corruptions in translation of scripture on this blog through the words of known historians and scholars.  The countless articles I have written here, expose the LIES in translation that have affected every aspect of life for women across the globe.  Scholars the world over have known, for centuries, the changes in translation affecting women. But “religious” MEN have made sure to keep the many scholars and their findings, silenced.  Women and men everywhere need to open their eyes to the fact that women of the world, as a result of mistranslation, have been relegated to a state of servitude that has brought about the abuse of women worldwide throughout history. This said, let’s look at some more mistranslations that have been used as weapons against women everywhere.

Words in the Hebrew language are more difficult to set forth, to those that do not understand the language, because of the great variety of uses to which a word can be put. The same form may do duty as a noun, verb, and adjective, an adverb and even a preposition. For instance, the Hebrew word cha-yil, which occurs 242 times in the Old Testament, is translated:

The above are all noun forms. However, the word is often translated as an adjective or adverb too. It is translated:

These are the complete lists of the various renderings of this word except for four instances in which the word is used in describing a woman. Please review the lists above and get the usage of the word clearly in your mind before proceeding further.

Now, let’s look at the last four of the remaining instances of this word as relating to women:

Ruth, the Moabitess, was a woman of courage and decision of character. In her loyalty to her dead husband’s mother, she refused to turn back and re-marry in her own land, but forsook her country and kindred to accompany her mother-in-law to a (to her) foreign land, and undertook there, to keep them both from starvation by the labor of her hands. Boaz, who afterwards married her, said to her: “All the city of my people doth know that thou art a woman of cha-yil,” (Ruth 3:11). Now considering the girl’s courage and devotion, how should this word have been translated? You have a list of meanings before you, and are quite competent to form an opinion. How would “thou art an able woman” or “thou art a woman of courage” do? The Septuagint Greek says, “Thou art a woman of power” (dunamis).

But it almost looks as though our English translators took no care, as to the precise language here. The circumstances, when Boaz spoke the words, were peculiar, but not improper in Israel; but man was praising a woman, and “of course” here is a reference to her reputation for chastity, and so it is translated, “thou art a virtuous woman.” But glance over the various meanings given to this word elsewhere. Not once has it reference to any other moral characteristic than that of strength or force. What courage this foreign girl had shown in supporting her mother-in-law!

Now for the next mistranslation of this word, because it relates to woman. The last chapter of Proverbs describes an ideal woman for a wife. The description is a mother’s to her son. It is quite different from the average man’s ideal of woman at her best. But the Bible describes her, in the language of Lemuel’s mother, as a woman whose “price is far above rubies.” Her are some of her striking characteristics:

Surely this must be a “strong-minded” woman who is praised here!

Three times over, the “strength” of this woman of Proverbs is referred to. Each line of the description speaks of efficiency. She is praised in turn for the general goodness and trustworthiness, energy, efficiency, enterprise, far-sightedness, early-rising, business capacity, gardening, muscular strength, weaving, benevolence, fore-thought, embroidery work, elegant clothes for herself, tailoring for her husband, honor, wisdom, kindness, piety. But, as it happens, no definite reference is made to her purity, or to her faithfulness to her husband in the marriage relation.

Now what one word would best sum up such a character? The precise original expression is the same as in the verse we have quoted from Ruth,– “A woman of cha-yil.” We must suppose that the translators hastily concluded that they knew, without looking closely at the original, what sort of woman a mother ought to recommend to her son for a wife, and so they translated: “Who can find a virtuous woman?” That represents the undoubted sentiments of the translators; but it does not represent the teaching of the original text. “Virtue” is of priceless value to woman, to be sure; but her duty to her husband is not her ONLY duty; all her life cannot be summed up in that ONE moral quality.

“But,” someone will reply, “virtue is often used in the sense of a summing up of all moral characteristics.” That may be; but it would not be so understood by the common folk, in this connection, and the Bible is supposed to be translated for them. The vast majority, reading this verse, would suppose the word “virtue” to refer to the woman’s chastity. The Septuagint translates here (“Tell it not in Gath, publish it not in Askelon,” lest the study of the sacred tongues be prohibited to woman!), “A masculine woman. . . more valuable is she than very costly stones.”

And finally, the description of this ideal woman is summed up in the 29th verse, in the words: “Many daughters have done cha-yil, but thou excellest them all.” “Worthily,” “valiantly,” are the only translations that we have in any other part of the Bible for this word, when used as an adverb. But after the same careless manner, the word is here translated “virtuously.” We suppose there was an instinctive distaste for showing that the Bible praised, in the inspired words of a woman writer, a “strong” woman, for doing “valiantly.”

“But,” and objector will say ” ‘virtuous’ comes from the Latin word vir, which means ‘man,’ and why is it not the proper word to use here,–in the sense of ‘manly,’ strong?'” Because “virtue,” while it has this literal sense, is not used to describe “manliness” in English, but “morality” in general, among men: and when used of a woman, it is understood to refer to morality of one sort, more particularly, which happens not to be referred to in these extended descriptions in the quotations from Proverbs. If the translator had thought that this word “virtue,” or the word “virtuously” were likely to be understood in their literal sense by women,–“manly” and “manfully,” who can believe that he would ever have employed those words here?

Virtue is a quality of great importance to women, and had they been more clearly taught from pulpit, and by a more careful translation of such passages as we have been considering the obligation laid upon them in the Bible, to be strong, in body, mind and spirit; if these theologians themselves had learned this from the Bible, women would have been far better equipped to guard their virtue,–since the ruin of girls is usually due to weak character and general unfitness to cope with the world. To sum up: This Hebrew word, cha-yil, used over 200 times in the Hebrew Bible, signifies “force,” “strength,” “ability.” But in every instance where it relates to women, AND NOWHERE ELSE, it is translated “virtue,”–i.e., chastity.

I sincerely hope that these lessons on sex bias open the eyes of those women and men that have been taught from the pulpits of America and abroad, to the FACT that MEN have changed scripture to write women out of autonomy, equality, honor, strength and dignity. These minor changes may not seem huge until one realizes the POSITION these changes relegate woman to in society and religion. It takes away their independence and freedom to be business minded, independent, and strong.  These changes have taken place not just in the Old Testament, but the New Testament as well, and I will continue to expose them.  In every society that is male-dominated, the changes made, relegate women to “servitude” to men.  This is not biblical. This is not ethical. This is not morally right. Women have been done the greatest injustices and no one seems to care enough to fix all the mistranslations regarding women. There are more mistranslations, but I think that one can get the picture here regarding the “subtil” work of men, in translation of scripture, to keep women in subjection to them.