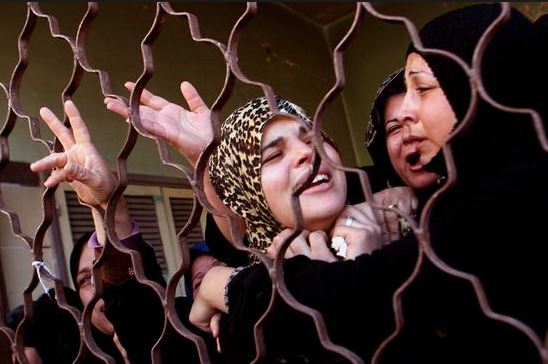 Taking up where I left off in Part 3, we will finish with Bushnell’s lesson, quoting what is taught in these passages by Bible commentators.  Once again, remember that we are talking about the following passages that have been changed by translators to point women toward powerlessness and servitude and, have exposed women to all manner of abuses from men.

1 Cor. 11: 1-16 – The usual sense (not ours) put upon these words by expositors, beginning with verse 3, we give in the language of Dr. Weymouth’s Modern English translation:

(3) “I would have you know that of every man, Christ is Head,  that of a woman her husband is the Head, and that God is Christ’s Head. (4) A man who wears a veil praying or prophesying dishonours his Head; (5) but a woman who prays or prophesies with her head uncovered dishonours her Head, for it is exactly the same as if she had her hair cut short. (6) If a woman will not wear a veil, let her also cut off her hair, but since it is a dishonour to a woman to have her hair cut off or her head shaved, let her wear a veil. (7) For a man ought not to have a veil on his head, since he is the image and glory of God: while woman is the glory of man. (8) Man does not take his origin from woman, but woman takes hers from man. (9) For man was not created for woman’s sake, but woman for man’s. (10) That is why a woman ought to have on her head a symbol of subjection, because of the angels. (11) Yet, in the Lord, woman is not independent of man nor man independent of woman. (12) For just as woman originates from man, so also man comes into existence through woman, but everything springs originally from God. (13) Judge of this for your own selves: is it seemly for a woman to pray to God when she is unveiled? (14) Does not nature itself teach you that if a man has long hair it is a dishonour to him, (15) but if a woman has long hair it is her glory, because her hair was given to her for a covering? (16) But if anyone is inclined to be contentious on the point, we have no such custom, nor have the churches of God.”

I would sincerely ask that you please click on these links to read the eight MISFITS: Part 1 and Part 2 and Part 3.

Dean Alford says, “Man is God’s glory: He has put him His majesty, and he represents God on earth; woman is man’s glory: taken from the man, shining not with light direct from God, but with light derived from man.”  Jamieson, Faussett and Brown, in their commentary, say: “As the moon in relation to the sun, so woman shines not so much with light direct from God, as light derived from man . . . Through him it [the veil] connects her with Christ.” But quaint old Dr. John Lightfoot, who at many points gives the best interpretation of the passage extant, is the funniest of them all on two phrases in it. He says, here, “A woman praying not veiled, as if she were not ashamed of her face, disgraceth man her head, while she would seem so beautiful beyond him, when she is only the glory of man; but man is the glory of God.” To be sure! When the “moon succeeds in outshining the “sun,” of which it is merely a reflection, it is time for the “sun” to cry, “Disgraceful!”

To sum up, these men affect to be more wise than Moses, who “whist not that the skin of his face shone.”

As to the veil, some declare that it is to be worn as an “authorization” to pray and prophesy; others, that it is a “power,” because worn by married women, who are raised in dignity because married. (How about the Christian wife of a libertine or drunkard?) But the attempt to substitute the idea of “subjection”– no power– for the word “power” is shameful. Prof. Lias, for instance, editor of the Cambridge Bible for Schools, for this Epistle, makes this remark:  “The abstract is put for the concrete, the authority itself for the token of being under authority.” If it be allowable to treat this verse so, then we may read elsewhere, “The Son of Man hath a token of being under authority,” instead of reading that He “hath power” to forgive sin. “Behold I give you power . . . over all the enemy,” might read, “Behold I give you a token of being under the power of the enemy,”–and other passages may be corrupted after the same manner. Edwardes, quoted by Weymouth and others with approval, substitutes “subjection” for “authority,” declaring, in explanation that “Authority and subjection are opposite sides of the same fact.” Certainly they are, and so are love and hate, black and white, honesty and dishonesty, the truth and a lie, and those who substitute “subjection” where the Word of God reads “authority” change the truth of God into a lie.

As to the phrase, “because of the angels,” Bishop Ellicott’s commentary says, “They are good angels, and should not be tempted” by the sight of a woman’s face. Stanley adds to the thought by saying that women must defy the authority of even the angels before God’s throne. But if women had done so badly, no Christ would have been born; there would have been no Gospel for men to preach. To such views, Dr. Agar Beet rightly replies, “If the angels of God are in danger of being led into sin by the sight of a woman’s face, the angels of God are much weaker, in the matter of sensual desire, than are average Englishmen of the present day.” In all this, we are to SUPPOSE that angels are all of the MALE SEX (Note: The Bible says they are neither male nor female); that they cannot see through a woman’s veil; and that women have no other opportunities for “tempting angels” excepting when praying or prophesying in church. Others teach that the angels come to church to see if the women are veiled or not,–not the best motive for church-going. Still others, that “angels” mean “spies.” But Dr. John Lightfoot taught that these were seeking mates for young men; and St. Paul rules that girls have a right to unveil their faces, to catch husbands!

As to Paul’s transition from the veil to hair, in general the expositors ASSUME that the woman’s hair indicates where the veil should go, and translate the Greek preposition anti (always implying substitution, or barter) as “for,” when it should be rendered “instead of,”–“hair is given her INSTEAD OF a covering.” Alford gives us logic of this teaching:

“When we deal with the properties of the artificial state, of clothing the body, we must be regulated by nature’s suggestion: that which she has indicated to be left uncovered, we must so leave; that which she has covered, when we clothe the body, we must likewise cover.  This is the argument.” The italics are Alford’s. His reasoning is surprising indeed, when reduced to the syllogism,–as contradictory as most of the reasoning on this passage:

Having convinced himself that Paul teaches in this passage the supremacy and splendour of the male sex, next the commentator grows ashamed of the weakness of the reasoning which leads to these conclusions, and apologizes, not for himself, but for St. Paul. The lameness of Paul’s logic  is due to “his early training in the great rabbinical schools.” “He is not free,” says Sir Wm. Ramsey (for example), “from the beliefs and even the superstitions of his age. . . In the non-essentials he sometimes, or often, remains impeded and encumbered by the tone and ideas of his age. . . The instructions which he sometimes gives regarding the conduct of women are peculiarly liable to be affected by current popular ideas. . . Where both angels and women are found in any passage, Paul is peculiarly liable to be fettered by current ideas and superstitions. (As though Paul had about a thousand passages relating to “angels and women” instead of one!)

The truth is, had some of these expositors been one-tenth as broad as St. Paul on the “woman question,” and honest besides, we should never have been taught these pitiful, puerile and ego-centric perversions of Paul’s meaning. If there had been any reasons for ordering women to veil in church, would not the Holy Ghost have seen to it that those reasons were properly voiced by the Apostle, whether Paul approved of the ruling personally or not? The Holy Ghost–the Spirit of truth–does not descend to sophistry, to induce women to do the will of God; and when we find sophistry in association with the Word of God, we may rest assured that it is always because of man’s UNLAWFUL MANIPULATION of the Word; it cannot belong to the original text. . .  (to be continued)

The next lesson will be what Paul’s REAL purpose of these passages was. You do not want to miss the true meaning of these so that “what man has taught for truth” can be compared to “what God teaches” and the light of truth may shine and expose the corruption and lies of ego-centric men that changed his words into a lie– a lie that has caused women much suffering and hardship throughout history! It is time to expose the “doctrines and commandments of men” for what they are.  Please subscribe to the news feed so you do not miss the coming lessons!