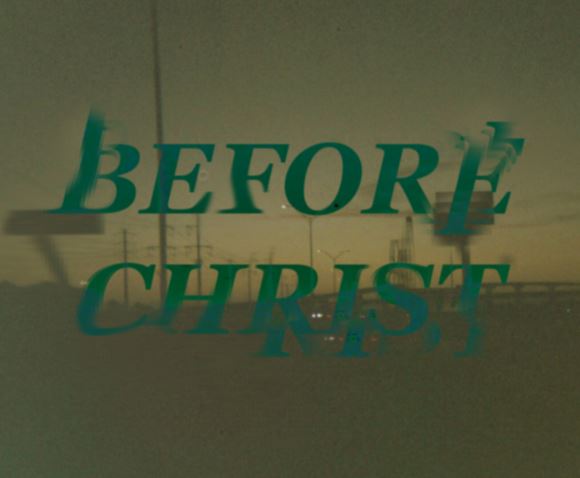 At the birth of Christ the Roman empire was comparatively, enjoying a state of peace ; but as to other nations, who were not subject to Rome, those of the eastern regions were strangers to liberty, owing, in a great measure, to their manners and effeminacy, and even to their religion; whilst, on the contrary, the northern nations, from their form of government, climate, and robust constitution of body, enjoyed the blessings of freedom.

All these nations, except the Jews, were devoted to the superstitious worship of many gods, over whom presided one deity, as supreme, yet in such a manner, that this supreme deity was even under the control of what the philosophers called “Eternal Necessity.”  As each nation differed in the names and qualities of their divinities, so did they also in their mode of worship. The Greeks and Romans, in process of time, became as ambitious in religion as in politics : they asserted that their gods were the objects of worship in all nations, and, therefore, gave the name of their deities to those of other countries. Hence arose great confusion in the history of the ancient superstitions ; and hence innumerable errors in the writings of the learned. Notwithstanding these varieties of religion, they produced neither war nor dissension among the different nations, the Egyptians excepted ; nor was this toleration exercised by any more liberally than by the Romans.

Departed heroes were generally the deities of almost all nations, though the natural world afforded many objects for worship. The sacrifices offered to these deities were according to their respective nature and offices.  Most nations offered animals, and many human sacrifices. Various classes of priests presided over the ceremonies, who abused their power in the grossest manner. Besides this public worship of the gods, the Greeks and eastern nations celebrated secret rites, called Mysteries. That this religion had no tendency to promote real virtue is most certain, because the objects of worship were notorious examples of crimes, rather than of virtues ; and as to the knowledge of future retribution, it was uncertain and licentious.  Hence the wiser part of mankind, about the advent of Christ, looked with contempt on this corrupt system of religion.

The consequence of this theology was a universal corruption of manners, leading to the impunity of the worst of crimes, as fully testified by Juvenal and Persius among the Latins, and Lucian among the Greeks.

At the time of Christ s appearance on earth, the religion and arms of the Romans were spread throughout the world. With the view of not only confirming their authority, but also of abolishing the inhuman rites practised by the barbarous nations who were under their yoke, the victorious Romans introduced every where their own system of religion.

Passing from this view of the Roman religion to those of other nations, we find them divisible into two classes, political and military. In the former class may be ranked the religions of most of the nations of the east, especially of the Persians, Egyptians, and Indians: under the military class may be comprehended the religion of those northern nations, the Germans, Bretons, Celts, and Goths.
Notwithstanding the many wise men who have existed in all the heathen nations, none were able to stem the torrent of superstition ; which must convince us that none but God could reveal the truth, pure and unalloyed by error.

At the time of Christ’s birth, two kinds of philosophy prevailed; one of the Greeks, adopted also by the Romans ; and the other of the Orientals. The former was simply called “Philosphy;” the latter, “Knowledge.“  The followers of the latter pretended to be the restorers of the knowledge of God, which was lost on earth. The disciples of both these systems again subdivided into a variety of
sects.

Of the Grecian sects, there were some which were enemies to all religion ; and others who, though they acknowledged a Deity, yet cast a cloud over the truth. Of the former kind were the Epicureans and Academics ; of the latter, the Platonists, the Stoics, and the Aristotelians.

In all these sects, as there were many things maintained absurd and unreasonable, certain men of judgment and moderation determined to adhere to none of them, but to extract out of each reasonable doctrines, and to reject the rest. Hence arose a new form of philosophy in Egypt, and principally at Alexandria, which was called the “Eclectic,” and founded by one Potamon, of Alexandria. This sect held Plato in the highest esteem.

From this brief account of the ignorant and miserable state of the world at the birth of Christ, it is self-evident that mankind required some Divine teacher, to convey to the mind true and certain principles of religion and wisdom, and to recall them to the sublime paths of piety and virtue,

The Jews, at this period, were nearly in the same state as other nations, and were governed by Herod the Great, a man of the most vicious and tyrannical disposition.

It was this state of the world that Christ came into. History tells us that many of the oriental philosophies and beliefs had infiltrated not only other pagan religions, but the Jewish religion from the time of the Babylonian captivity. From these corruptions came the many “rules” regarding women; the 10 curses of Eve; the subjugation; the servility.  What also came into being was the BIGGEST lie of all that I speak about in my book, Religion’s Cell.

Jesus came to undo all this superstition and to set woman in her rightful place as an equal to man, restoring the honor and dignity that was stripped from her because of these many corrupt belief systems.  As a result of the state of the world at Christ’s death, being that Christ did not stamp out all of the superstition and change existing laws regarding women, men soon stripped women of the autonomy, honor and dignity once more. To this day, women have borne the brunt of the abuses – sexual exploitation, rape, incest, murder, mutilation, emotional abuse, spiritual abuse.