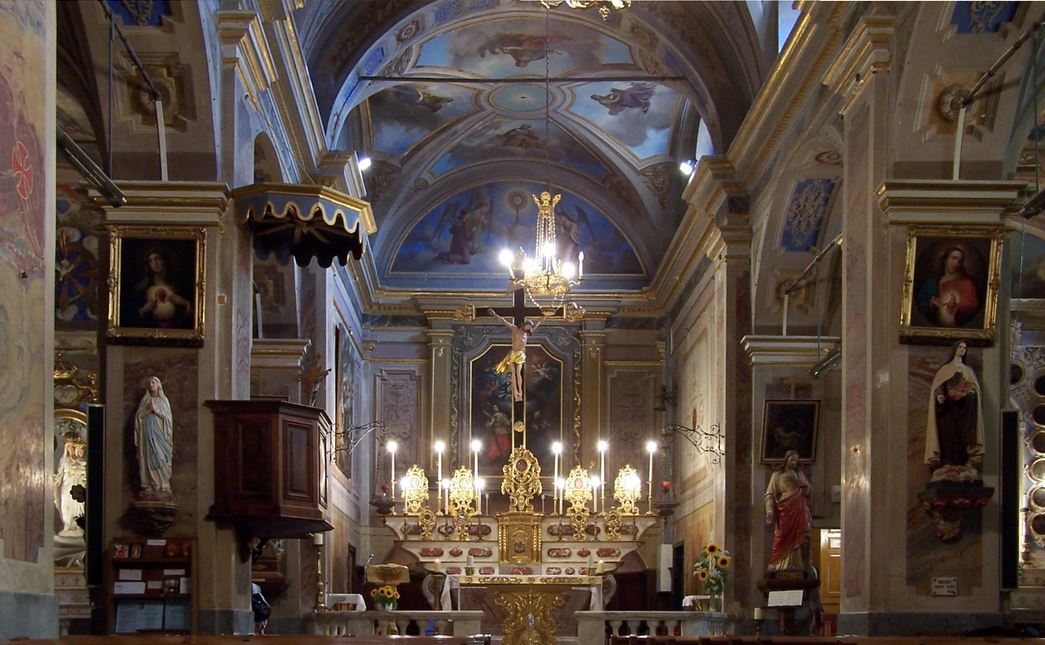 PICTURES IN CHURCHES. Following Constantine’s example, men of wealth founded and endowed churches, and adorned them with all the treasures of art. Those in particular which were dedicated to the memory of the martyrs, were embellished with
representations of their sufferings, and with pictures of Old and New Testament subjects.

Notwithstanding that Eusebius professed himself shocked at the bare idea of pictures in places of worship, there is no doubt that the practice had already commenced before the time of Constantine. One of the canons of the Council of Elvira early in this century forbids “the painting of the objects of worship and adoration on the walls.” Later in the century this practice excited the indignation of the aged Epiphanius of Cyprus. Coming to a church in the neighbourhood of Jerusalem, and seeing on a curtain a figure (whether of Christ or of one of the saints), he tore down the curtain, declaring that it was an abomination and contrary to the authority of Scripture for the image of a man to be hung up in a Christian church. The cloth, he said, would be better used to bury some poor man in. On his return home he sent a plain curtain to replace that which he had torn down. To paintings in course of time were added statues, but the practice, which soon developed into actual image-worship, provoked so much opposition as to produce, in a later century, tumults and civil war. 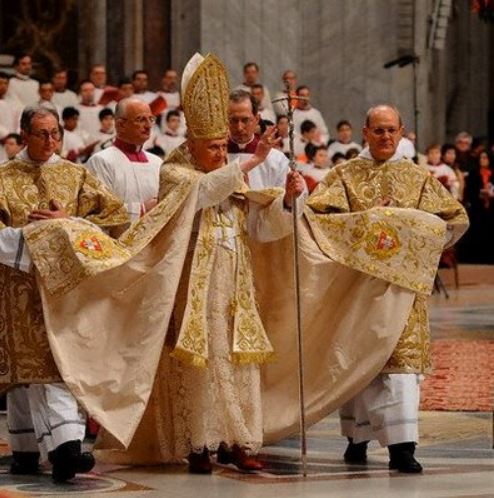 EMBROIDERED GARMENTS. It was the fashion for men and women of rank in the large cities of the empire, to wear robes on which the chase of wild animals was embroidered in gold and silver thread. Those, on the other hand, who made pretensions to piety, substituted for such pictures scenes from the New Testament: the marriage feast at Cana, the healing of the paralytic, the blind man restored to sight, Mary Magdalene embracing the feet of Jesus, and the resurrection of Lazarus. Bedizened with such figures, they supposed, as the good bishop Asterius tells them, that their dress must be well approved in the sight of the Lord. The bishop rebukes their folly, and counsels them to sell their embroidered garments, and use the proceeds for honouring the living images of God. Instead of carrying about the sick of the palsy on their clothes, he advises them to seek out and relieve the actually sick; instead of wearing on their bodies the embroidered figure of a kneeling penitent, to mourn with a penitent spirit over their own sins.

LIGHTED TAPERS. Another practice, both irrational and heathenish, must be noticed in this place, namely, the use of lighted candles during the day time. As belonging to the pagan religion it was protested against by several of the early Church writers. “Miserable men burnt lights to God as to one who dwells in darkness. If they would only contemplate that heavenly luminary which we call the sun, they would understand at once that God, who has given so bright a light for man s use, has no need of their lamps. For if in so small a disc which on account of its distance appears no larger than a man s head, there is so intense a brilliancy that the eye cannot gaze upon it without being dimmed with mist and darkness, what brightness must we not suppose there is in God? Is that man then to be thought in his right mind who offers the light of candles and wax tapers to the author and giver of light? The light which God requires is of another kind, not with smoke, but clear and bright, the light of the mind, which no one can exhibit unless he is acquainted with Him. Their gods, because they are of the earth, stand in need of lights, that they may not be in darkness; and the worshippers, because they have no taste for heaven, are recalled to the earth even by the ceremonies to which they are devoted.”

The first intimation of this practice in the Church is in the Canons of the Council of Elvira, held between A.D. 313 and 324. “It is decreed that wax candles be not kindled in a cemetery during the day; for the spirits of the saints ought not to be disquieted.” By the end of the fourth century it had nevertheless become a part of the ceremonial worship. Paulinus of Nola, A.D. 396, glories in the splendour of his noon-day illuminations. “lt, the bright altars,” he tells us, “are crowned with thickly clustered lamps: the fragrant lights smell of the waxed papyri: day and night they burn, so that night glitters with the splendour of the day; and day itself, glorious with heavenly honours, shines the more, its lustre being doubled by innumerable lamps.” — Backhouse, Early Church History to the Death of Constantine, pgs. 240-241.

If only people would realize just how much paganism has been mixed with religion and realize that all these ascetic tendencies do not help a person get closer to God. They do not please him. He never commanded them to be done. The tendency to mimic the Levictical Priesthood by gentile people who call themselves ‘Christian’ is another reason for this tendency. Gentiles need to realize that only a LEVITE (A Jew) could be a PRIEST and approach God in the Tabernacle. They are not Levites. Any priest approaching God that is not Levite is a pollution, a corruption — under the Old Covenant with the Jews. And let’s not forget the fact that the Levitical priesthood was done away under the New Covenant. So, there is no need for a priest between God and man!  God has given us one mediator between him and us; and it’s not a priest or pastor or any other man outside of Jesus Christ. The priestly garments of the Levite priest do not apply to Christianity and never will. All these garments do is bring glory and honor to the one wearing them instead of God.

No matter what area of religion I cover in church history on this blog, one will find that man’s tendency is to corrupt simplicity with his own theological ideas and inventions in order:

Everything man has touched in religion has led to corruption. It has:

The fruit of religion is corruption and abuse of women and children hidden underneath a shroud of “righteousness” and “holiness.” Doesn’t that tell us something? We need wise up to this fact.