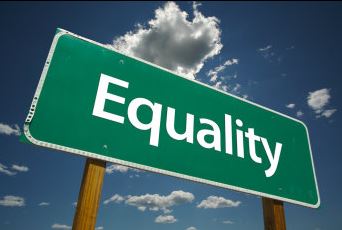 “The whole body of Christians,” observes Hatch, “was upon a level ; ‘All ye are brethren.‘ The distinctions which St. Paul makes between Christians are based not upon office, but upon varieties of spiritual power. . . . The gift of ruling is not different in kind from the gift of healing. The expression, ‘He that ruleth,’ is co-ordinate with ‘he that exhorteth,’ ‘he that giveth,’ ‘he that showeth mercy.’  Of one or other of these gifts every Christian was a partaker. [This included the women]” “The kingdom of Christ,” says Dr. Lightfoot, “has no sacerdotal system. [Sacerdotalism is the belief that propitiatory sacrifices for sin require the intervention of a priest.]  It interposes no sacrificial tribe or class between God and man, by whose intervention alone God is reconciled and man forgiven. . . . Every member of the human family is potentially a member of the Church, and as such a priest of God [This includes the women]. … In the records of the apostolic Churches, the sacerdotal title is never once conferred upon [the special officers]. The only priests under the Gospel, designated as such in the New Testament, are the saints, the members of the Christian brotherhood. As individuals, all Christians are alike. . . . Tertullian,” he observes,” is the first to assert direct sacerdotal claims on behalf of the Christian ministry.” — Edward Backhouse, Early Church History to the Death of Constantine.

During the early era of the church, there were no such rulers in the church as Pastors and Priests. Every believer, under the Gospel, was considered part of a ‘brotherhood’ of believers that knew no such ruler over them. The early corruptions that ensued by those like Tertullian, brought into the early church, the Sacerdotal system and hierarchy that exists today.  Because of power, prestige and money, man has corrupted the simplistic system where all were equal and all had input in everything that the body of believers did to help the sick, the poor and the needy. Women and men were EQUAL under the original system that existed. Tertullian, and others like him, are responsible for the the male-dominated hierarchy that exists. . . a hierarchy that has brought much corruption to the church and, abuse of women throughout history. God never meant for women to be subjugated to men. Subjugation and servitude were woven into scripture [by translators] in order to gain control over women for sexual advantage and power, as history affirms. To learn more, please read the many articles on this blog, listed below for your convenience, that expose these changes that religious men of old have done in translation to place women in an unequal position, setting them up for abuse. They also expose the corruption and lies that have been inserted into translation to control and manipulate congregants for personal gain.

For those wishing to de-brainwash from a “religious” mentality and be set free “in truth,” here are just a few articles from my blog that will help in that process. John 8:32  “And ye shall know the truth, and the truth shall make you free.” Be sure to subscribe to my news feed so you don’t miss any subsequent articles!