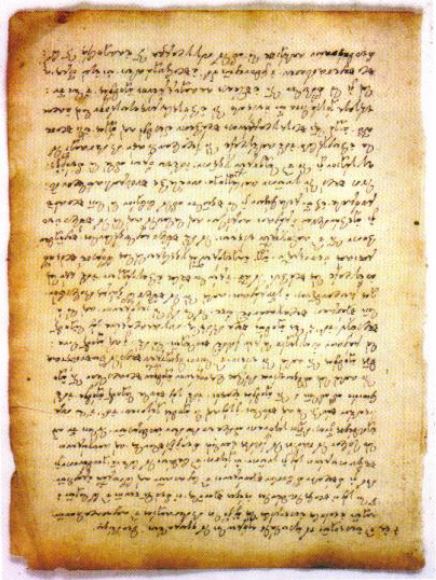 What is very important for people to understand is that during the early centuries there were MANY different beliefs regarding Christ. Today’s Christian beliefs regarding Christ were NOT the majority belief during the early centuries. What we have today is the result of centuries of fighting and forgeries. The opponent with the biggest material resources and secular arm of power to enforce their agendas was the opponent whose beliefs won the battle and paved the way for what is believed as “orthodoxy” today.  Just as we have countless theological beliefs and differences today, so it was then. What makes the difference between then and now is that we have copyright laws that prevent people from forging books in other people’s names. Back then, forgery was a huge problem. Historical evidence attests to this fact and, scholars agree on this point. Whenever the disputes over doctrine collided, it was a simple fix – they forged documents that leaned toward their theological views and wrote these forgeries in the names of well known people. The debates over what was the “right belief” were prevalent and heated back then just as they are today.

In his books, scholar Bart Erhman covers this issue of forgeries excellently and, brings to the forefront of reasoning, the questions that most Christians either REFUSE to ask, or CHOOSE to overlook. It simply frustrates me that Christians tend to believe blindly what they are told regarding the Bible and scripture, as well as doctrine and belief, without doing their own due diligence and research on the issue. As a matter of fact, it is not just Christians that are guilty of not doing their due diligence on their religious teachings and scriptures — other religions have the same problem. Countless followers do not research to find out if what they are being taught is true.  Because religious people tend to ACT on their beliefs in unethical and immoral ways to hurt others that believe differently (in the name of their religion or God), it morally behooves us to search out if what we are being told by religious leaders IS TRUE. What type of godly testimony do we have if we ignorantly believe what we are told? What does this tell the world? That we are NOT going to do the research; that we do not CARE what the REAL TRUTH is; that we are too AFRAID to find out if we have believed a lie? What IF you have believed a lie? Wouldn’t you WANT to know? What IF those lies are destroying the relationships within your family and your marriage? WOULDN’T YOU WANT TO KNOW?

I was handed lies my whole Christian life about the Bible and doctrine. Those lies led to abuses and strife in the home, destruction of my marriage and family, isolation, fear of government, fear of authorities and other religions, fear of the church and religious leaders. Today, because of an honest effort to find out if what I was taught was true, I have been freed from the bondage to the lies I once believed. If you are in bondage to ANY religion that has attached to it FEAR of retaliation for not conforming, then my guess is that you are believing lies too. Just my honest opinion. There is no FEAR in TRUTH.

Whatever you are being taught needs to be challenged with the utmost effort and research! I believe that this journey into truth requires character, humility and, a heated desire that will enable one to not only uncover the lies, but once uncovered, discard them for the right beliefs based on the FACTS presented. It’s time to NOT take mans word that truth is truth! Why? Because men lie to further their own agendas; and when they do propagate lies, it brings abuse and suffering to those that are weaker or slighted by their dogmas and rules.

I will simply leave the following quotes from Bart Erhman’s book, Lost Christianities, as the thoughts to ponder in hope that those who read them, will decide to embark on that journey into truth that will either validate their beliefs, or damn them as lies.

“Almost all of the “lost” Scriptures of the early Christians were forgeries. On this, scholars of every stripe agree, liberal and conservative, fundamentalist and atheist.” – Lost Christianities, Bart Erhman

“That Christians in the early centuries would forge such books should come as no surprise. Scholars have long recognized that even some of the books accepted into the canon are probably forgeries. Christian scholars, of course, have been loathe to call them that and so more commonly refer to them as “pseudonymous” writings. Possibly this is a more antiseptic term. But it does little to solve the problem of a potential deceit, for an author who attempts to pass off his own writing as that of some other well-known person has written a forgery. That is no less true of the book allegedly written to Titus that made it into the New Testament (Paul’s Letter to Titus) than of the book allegedly written by Titus that did not (Pseudo-Titus), both claiming to be written by apostles (Paul and Titus), both evidently written by someone else.” — Lost Christianities, Bart Erhman

“Other books, however, are widely regarded as forged. The author of 2 Peter explicitly claims to be Simon Peter, the disciple of Jesus, who beheld the transfiguration (1:16-18). But critical scholars are virtually unanimous that it was not written by him. So too the Pastoral epistles of 1 and 2 Timothy and Titus: They claim to be written by Paul, but appear to have been written long after his death.” — Lost Christianities, Bart Erhman

“How could forgeries make it into the New Testament? Possibly it is better to reverse the question: Who was  collecting the books? When did they do so? And how would THEY have known whether a book that claims to be written by Peter was actually written by Peter or that a book allegedly written by Paul was actually by Paul? So far as we know, none of these letters was included in a canon of sacred texts until decades after they were written, and the New Testament canon as a whole still had not reached final form for another two centuries after that. How would someone hundreds of years later know who had written these books?” — Lost Christianities, Bart Erhman

If scholars know about forgeries in the Bible, and have known about them for centuries, why do Christians fight against that knowledge? Why aren’t they addressing this reality and fighting for the truth to be made known and/or corrected in Scripture? My guess on that question is a simple one and, possibly, a hated one. Here is my opinion on that question, if you don’t like it, just agree to disagree with me:

I believe that the changes that were made to scripture were done in order to:

If one just reads the countless articles on this blog that expose these truths scripturally and historically, these points that I give will become obvious. Why else would male-dominated religions wish to use, and tout as infallible and inspired, corrupted texts that have been altered by MEN to oppress and suppress women and, bring the masses into bondage to FEAR of their God, their rules? Why else would religious leaders defame, attack, label and “name-call” those women and men who bring these facts to light?  It wasn’t women that made the forgeries, keep that in mind. Inequality always leads to abuse. Just my opinion based on the evidence uncovered. Read my blog articles yourself and form your own opinion. BUT, You don’t have to believe me. Afterwards, go on your own quest for TRUTH. Let the FACTS guide your thought processes and build your foundations — not hear-say and opinion from fallible men who have agendas to uphold.