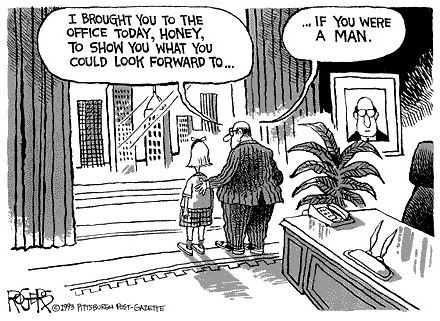 Sex Bias Influences Translators AND has Led to Inequality for Women

For the past year and a half, I have been giving historical, biblical and scholarly input regarding errors in translation of scripture. I have been exposing lies of the “religious system” being taught as truth. This was the main reason I wrote my book, Religion’s Cell: Doctrines of the Church that Lead to Bondage and Abuse.  I wanted to expose these huge lies that have caused women so much harm.  These many “lies” have been the weapons used to subjugate and degrade women the world over.  The many articles that I have written, quoting experts in Hebrew and Greek, are fraught with a “theme.”  This theme is that men have written women out of places of honor, dignity, respect and equality in the original texts of scripture. As a result, women have been, and still are, the most abused race of people in human history. At the hands of men, who have interwoven these biases against women into civil laws in some countries, women are sexually exploited, sexually mutilated, abused, burned, psychologically abused, beaten and degraded just because they are women. It is time for these injustices to end and women to be given their equality and honor and dignity back.

Throughout history, men have leaned toward the strong side of preconception or self-interest in interpreting scripture.  Should anyone be surprised at this?  As a result of this, women have always borne the brunt of the abuses that stem from these “preconceptions” and “self-interests.”  Male Theology has been the “foundation” for many of the world’s governments.  Unfortunately, this theology is fraught with opinion and preconceptions and interpretations done by MEN and MEN ALONE. No class or sex should have an exclusive right to set forth the meaning of the original text of scripture.

“It is notorious that the Samaritan Hebrew text, even has been manipulated to a considerable extent to suit Samaritan prejudices, so that the manuscript must be corrected by comparison with others before it can be trusted on points that involve Samaritan interests. The Alexandrian, or Septuagint version, shows traces of an attempt to meet the prejudices of Egyptians (Bushnell, 1923).” Is it any wonder that all versions throughout history, made by men, should reveal the fact that, on the women question, they all travel more or less in a circle, in accordance with sex bias, hindering the freedom and progress of women around the world? Most “religious” men, through “self-interest” believe that women serve God best as their own undeveloped subordinate, heaping upon them undeserved and criminal treatments.

By way of example, let me bring to light two cases of sex bias.  In Genesis, chapter 20, we read the story of the exposure of Sarah, at Abraham’s request, in Abimelech’s harem(?). When the king discovers that Sarah was a married woman (through the reproof of God), he sends for Abraham, reproves him, and then pays a thousand pieces of silver to him for the injury done to her good name. The version King James 1611 (A.V.), and the version of 1884, construe the language spoken by the King on this occasion quite differently!

Abimelech did this so that all would understand that the wrong was his, not Sarah’s; and she would be righted before all and ashamed before none, and would not need to cover her eyes (face) for shame. So the R.V. indicates; but the A.V. makes the blame fall upon Sarah, who is “reproved.” Abraham, was no “covering to her eyes,”– he was the primal cause of her shame and humiliation!

“Luther once said: “No gown worse becomes a woman than to be wise.” Luther only held the prevailing views of his day regarding women. Such men could not perceive when Scripture expressed a different thought on the subject. Prov. 14:1 says, in Hebrew, “The wisdom of woman buildeth her house,” but not being able to appreciate the advantages of female education, men rendered it: “Every wise woman buildeth her house,” that is, the woman who devotes herself to housewifely duties is pronounced “wise.” But this is not the thought; rather, wisdom itself, in woman, will build her own (not her husband’s) house,–elevate her to a place of honour. Every time there has been an opportunity for the use of OPTION in translation, use has been made of that option, by this or that man of learning, to build up one sex and to depreciate the other, and so the result, through the ages, has been cumulative. (Bushnell, 1923)”

For the sake of brevity, I will stop here. Later, though, I will bring more examples to the surface on this issue. It is time for these lies of the religious system to be exposed  for what they are — weapons for men to use against women in order to keep them on an un-equal level than them. This inequality has permeated all societies around the globe and it is time for this to change.