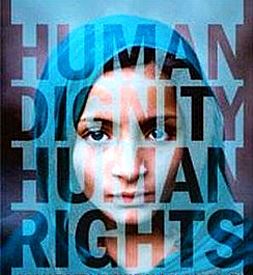 “The ministry was not confined to one reader or one expositor or even to the presbyters, the appointed teachers of the Church. When the Holy Ghost on the day of Pentecost, descended on the disciples–women as well as men– and they began to speak with other tongues, Peter declared that what was then happening was the fullfillment of the prophecy of Joel regarding the spiritual gifts of the New Dispensation. . .

How large a part women had in the work of the Church during its early days of vigour and simplicity, may be seen from the sixteenth chapter of the Epistle to the Romans. About one-third of those to whom the Apostle sends his Christian salutation are women – Prisca, Mary, Junia, Tryphaena, Tryphosa, Persis, Rufus’ mother, Julia, and Nercus’ sister – and five or six of these are distinguished for their place in the Church, or their abounding labour in Christ. Of one it is said, “Unto whom not only I give thanks but also all the Churches of the Gentiles.” Of four others that they “laboured,” or “laboured much in the Lord.” — Edward Backhouse, Early Church History to the Death of Constantine, pages 53-54.

Tidbits of history such as this are very important for people to recognize and understand. Women had much bigger roles in the early church than men, throughout history, wish to admit. Because men wish to maintain control, prestige and power, they do not want the truth to be told about women. The truth places women as equals intellectually and spiritually. Religion robs women of equality, autonomy, honor and dignity. The reality is that, through translation, religious men of old made a conscious effort to point religious texts in the direction of putting women in submissive and abusive roles, robbing them of protection and equality in the world.  Not only this, but religious men of old have never been willing to give women their dignity back!  It’s time for this to change and for laws to be enacted to protect women from this abuse; and, for women to be given their honor, dignity and equality back.