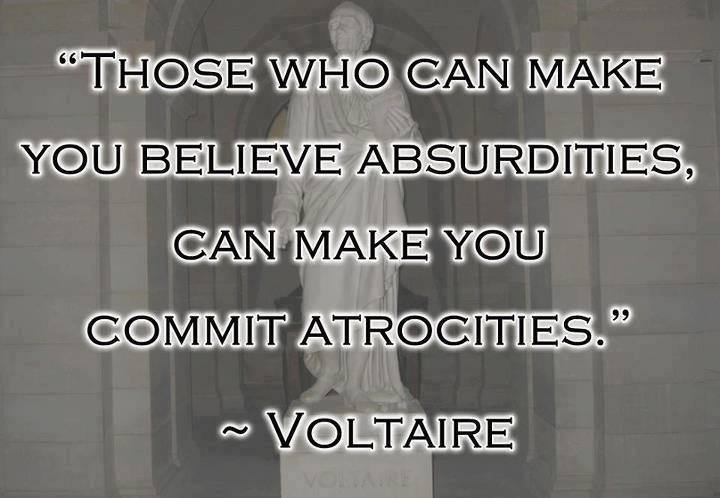 My first part of this series, Religious Bondage – Behavior Control, touches on how behavior reform can cause people to act in abusive ways toward others that disagree or expose abuse within the religious setting. It also explains the tactics many religious followers use in order to silence someone that speaks out about or reports sexual assault, child molestation and rape, or other abuses. One of the key areas of manipulating and controlling people is to control the flow of information within the group. Doing so, allows leadership to rally the group toward their goals, their preferences, their rules, etc. It also allows for abusers to hide their abuses. Information control is one aspect of Religious Bondage. Religious Bondage is the product of Thought Reform, Information Control and Behavior Modification and, leads to abuse.

As I stated in part one, in order to explain this phenomenon that so few know anything about, I would like to break it down and keep it simple. I will call it, “Religious Freedom vs. Religious Bondage.” There are three parts to religious bondage as stated above. This will be the second part of this series and, once again, I will use Steven Hassan’s B.I.T.E. model from his book, Releasing the Bonds: Empowering People to Think for Themselves, chapter two to show the Religious Bondage, I will compare this to my own model for Religious Freedom. At the end of this chart, I will then summarize.

My thoughts on Information Control:

Information Control allows for leadership to rally congregants to THEIR cause instead of a victim of abuse or an outsider. Congregants readily believe what leadership tells them and, believe that all victims of abuse are liars that are trying to “take down the man of God” or, “destroy God’s works.” Because leadership limits information, twists truth, and/or outright lies about abuses, congregants have no way of knowing what truth IS due to lack of correct information. But, when in doubt, the congregants will naturally lean toward leadership’s views because all information points to that view as “correct” due to information control.

As shown above, information control is paramount in controlling “perception” in the minds of others. Those who control information, control thoughts. Those who control information, control behavior. Abusive leadership will ALWAYS encourage shunning to stifle the truth.  Shunning is very important because it prevents current members from listening to and believing those that have been abused or, have witnessed abuse, from being heard and believed. This is why shunning all former members is mandatory in an abusive religion or cult-like church. Those that continue to speak out after being shunned, will then be stalked and harassed either emotionally or financially by existing leadership and members for not remaining silent. Many different techniques are employed in taking down someone that won’t stop talking to authorities, but the number one technique used time and time again is getting them fired from their job.

Congregants become secondary abusers to victims of sexual assault, rape, incest and physical abuse who report crimes within the church.

Any information told in “counseling” sessions with a pastor is used to spread gossip and slander against anyone who dares to speak out about abuses they have endured or expose them, within the church. This information is also used to blackmail congregants into conforming to leadership’s agendas, demands, desires. This information is then shared between pastors of various churches of the same sect in order to control members that leave to go to another church within the same sect. Pastors across the country work together in applying the same pressures and abuses on a congregant that tries to flee the abuse by attending another church within the same sect.

Information Control allows for abuses to continue, hidden. It allows for abusers and rapists to move on to new victims. It ensures that a victim will remain silent. Silence stops the secondary abuse.

The best way for victims to combat and stop these secondary abuses is to report all instances of it to law enforcement and victim advocate attorneys assigned to the case of a victim. Press charges against every person that threatens, harasses or slanders. By using the legal system to show a definitive pattern of harassment and abuse from the abusive church or group, it allows the authorities to either prosecute and/or stop the secondary abuse. If you have pressed criminal charges against a person in leadership within a religious organization, you must understand that witness tampering and harassment is against the law. Reporting every instance to the police ensures that every individual that is involved is held accountable legally. Don’t be afraid to press charges. Don’t be afraid to speak out. By speaking out about abuse and exposing criminals within the religious system, you save lives – lives of children that won’t be molested and raped, trafficked, physically abused and emotionally abused. You will save lives of teenagers from the same abuses. You will prevent rapes and untold trauma to others.