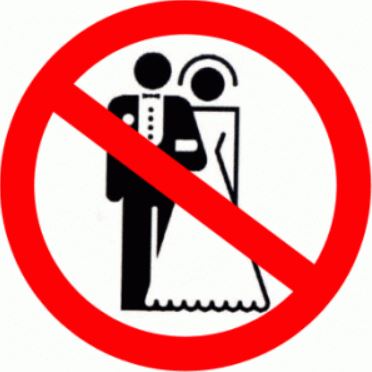 Before the death of Constantine, there were many corruptions that entered into the church system. One such corruption was the rule forbidding clergy to marry. This corruption is still alive today and, just as it led to perversions for the clergy back then, so it does today. The “priesthood” is fraught with all manner of sexual perversion and has become a safe haven for pedophiles and rapists. Although many may equate this corruption to one major religion, it is not the only one that forbids people to marry; and, it is not the only sect whose leadership is harboring abusers, rapists and pedophiles!

The religious sect that I came out of does the same thing; but in a different way and, a more underhanded way.  The control that pastors have among their congregations is nothing short of amazing. While clergy is allowed to marry, the pastors control who young people marry within their congregations. If the pastor says not to marry someone, then the parents usually make sure their young people don’t! It doesn’t matter how old these young people are or how they feel about it. They usually, along with the parents, follow leadership’s advice as though leadership was all-knowing, like God, and knew what was best for these young people; or what God’s WILL was for them.  This is still “forbidding to marry;” it’s just done more deceptively.

Countless relationships have been organized by clergy that have ended in divorce because young people were coerced into loveless marriages. Also, countless numbers of these “arranged marriages” evolved into abusive relationships that the woman felt trapped into. And if a divorce did occur, it was usually the woman that would be slandered and/or blamed. I cannot express how many stories of abuse I have heard from such organized marriages. Let me also say that on occasion, I have even heard of the woman being the abuser in these types of relationships. Though this is uncommon, it still happens, and the clergy stand behind the abusive spouse in many instances.  I am sure the sect I came out of is not the only one where clergy coerce young girls into “arranged marriages.” Not only are these marriages arranged, but clergy then condemns divorce even if a spouse is being sexually, physically and emotionally abused! As a result, many victims of domestic abuse find themselves in a place of bondage and fear to the abuse with no hope of escape! Arranging a marriage is the same thing as forbidding to marry! It is just a more deceptively packaged way of doing it; even if it does not apply to clergy. But of course, those that practice this, will want to split this hair and say it is not the same thing. Forbidding someone to marry because you don’t approve, is wrong. It doesn’t matter who it applies to – clergy or congregant. Forbidding to marry can lead into either the direction of celibacy or, an arranged marriage.

Let’s look at how “forbidding to marry” made its way into the church system, and the fruit of this corruption, by looking at another bit of church history. All emphasis is mine throughout.

Methodius, bishop and martyr at the beginning of the fourth century, has left a long treatise or dialogue, called The Banquet of the Ten Virgins, composed on the model of Plato’s Banquet, in which the speakers strive to outdo each other in praises of the virginal state.

But if this condition of life was held up as so desirable for Christians generally, much more was it thought to adorn, if not to be absolutely essential to the clerical vocation. When the unmarried state came to be regarded as the only condition of perfect sanctity it naturally followed that the communicants objected to receive the bread and wine from any other hands. It is true that hitherto married men had not been actually disqualified for the priestly office; but for a long time marriage after ordination had been a thing unheard of, at least amongst the higher clergy. The Apostolical Canons and Constitutions rule that only the lower orders, sub-deacons, readers, singers, door keepers, may marry after their appointment. The Council of Elvira bears hard upon the married clergy; and the Council of Nicaea was only saved from adopting its canon on this head as a law for the whole Church, by the protest of Paphnutius, the maimed and one-eyed confessor from the Upper Thebais, himself a celibate. Rising in the midst of the assembly he reminded his fellow-bishops that “marriage is honourable in all,” and earnestly entreated them not to impose so grievous a yoke on the ministers of religion, or to injure the Church by intolerable restrictions.

But the headlong course was checked for a time only, not really arrested. Glancing forward beyond the strict limits of this volume we set: how the new doctrine grew and reached its full development. Siricius, bishop of Rome in A.D. 385, forbade absolutely the marriage of presbyters and deacons; and Innocent L, A.D. 405, enforced the prohibition by the penalty of degradation. But the ninth Council of Toledo, A.D. 659, the issue of such marriages were declared to be illegitimate, and condemned to become slaves, the property of the Church against which their fathers had offended. [Wow, a slave of the church for being a married priest! It doesn’t get any more perverted than that!] Seventy-two years later another council of the same intolerant Spanish Church found itself compelled to make new laws to meet the fearful consequences resulting from its former decrees. It passed canons, on the one hand against the spread of UNNATURAL crime among the clergy [Could this be pedophilia and sodomy?], pronouncing the sentence of deposition and exile on all who should be guilty of it, and on the other, against the attempts at suicide which were becoming frequent among those who had been subjected to the discipline of the Church. [How bad is the discipline that it would lead to suicide? Think about it!]

Note: The philosopher Synesius, made bishop of Ptolemais in Cyrene, A.D. 410, being required on his ordination to abandon his wife, indignantly replied : “God and the law and the holy hand of Theophilus (the bishop of Alexandria) gave me my wife. Wherefore I declare and testify to all men that I will in no wise be separated from her, nor live with her secretly like an adulterer; for the one is impious, the other unlawful. But this assuredly I will pray that we may have many and virtuous children.”

The rule was hard to observe. Infractions were winked at, and by the ninth century had become very numerous, especially in Germany and Lombardy. Successive popes attempted to enforce the law, but it was not until 1074, when Gregory VII. put his iron hand to the work, that the offenders were induced to yield. Even then many ecclesiastics resigned their benefices rather than abandon their wives. “Throughout the whole period from Pope Siricius to the Reformation, the law was defied, infringed, eluded. It never obtained anything approaching to general observance, though its violation was at times more open, at times more clandestine.”

Ever since, the blessing of matrimony has been wholly interdicted to the clergy of the Latin Church. In the Eastern or Greek Church the practice was less rigorous; and at the present day marriage is actually enjoined on the inferior clergy, whilst it is forbidden to the superior. The bishops are chosen from monks or widowers: second marriages are unlawful.

Of all the infractions of the Gospel rule of life into which the Church was betrayed, there is none more to be deplored than this enforced celibacy of its ministers. As if it were not enough to turn back to the Law, and set up again a copy of the priestly order which Christ had for ever abolished, marriage, which had been always permitted to the sons of Aaron under the Old Dispensation, must be forbidden to the new priesthood. [Amazing how religion wants to have its own rules instead of God’s.]  It is almost incredible that, when the echoes of the apostolic voices had scarcely died away, and the apostolic writings were in every hand, Church teachers and Church councils should have the hardihood to fulfill in their own practice and enactments, that most emphatic prediction of the Holy Spirit, that faithless men and hypocrites should arise and forbid to marry. Such an issue must be regarded as a master-stroke of the enemy, who, building on the perversion of man’s aspirations after holiness, thus established his stronghold in the very midst of the Church of Christ–The moral safeguard which had been divinely provided for all mankind, was in the case of one order of men removed; and the men who were set apart to guide the flock were cut off from those domestic duties, interests, and sympathies, which would best enable them to fulfill their charge. The consequences of this grand error have been many and terrible; not the least being that the priestly life, instead of rising to that higher level of purity and godliness which was so fondly hoped for, has too often fallen below the common life of the people. The roots of the evil had taken no light hold in the Church before the death of Constantine.

As we can see from history, there were perversions taking place as a result of forced celibacy. This practice goes against the very scriptures these church leaders claim to follow. But, as I have stated so often, it is not about following God; it is about controlling the people. Control brings with it power. Control brings money. The more control religion has, the more corruption you will find hidden underneath its mantle of righteousness.