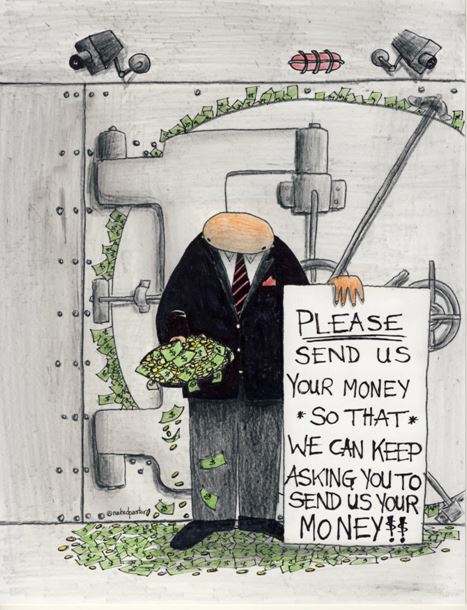 “My wife passed away from cancer several years ago.  While at the funeral home, my pastor asked me if I had a life insurance policy on my wife.  I told him I did and how much it was.  His response was, “Wow! That will make for a good tithe!”  I became angry, but kept silent.  It showed me that he did not care about me, my wife or my two girls, he only cared about the money!” — Troy