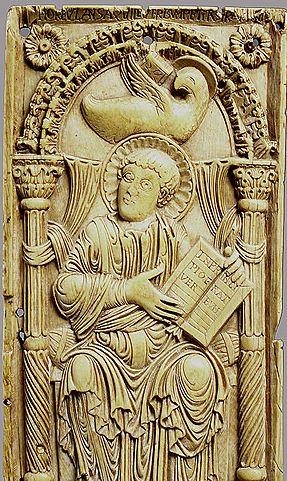 Early church history is full of information that brings truth to light regarding early Christianity. It also allows us a glimpse into how far Christianity has fallen from its once pure state. Through the annals of church history, we can see all the mutations that have occurred that have changed the face of Christendom forever. Many of these mutations have resulted in doctrines and practices of the “church system” that have brought disgrace to the name of Christ and turned countless numbers of people away from the faith. A veering off course has taken place throughout Christianity that has allowed church leaders to usurp the Holy Spirit’s place in the lives of believers and usurp control over the lives of believers; all while creating for themselves wealth, prestige and power.. Needless to say, the Lord will not hold them guiltless.

It is very important that as Christians, we study to show ourselves approved unto God. Satan is a MASTER at deception and masquerades as an “angel of light.”  This means that there might be some in positions of leadership within the “church” that are only there for themselves. We must become aware of these false brethren that sneak in unawares. Most believe that these imposters would be lay people; however, I genuinely believe that there are more church leaders that are imposters than one would imagine. In order to see how far the corruptions have come from the purity of the early church, we need to first know a little about the early church and how it operated. The many articles on this blog go into great detail in many areas to help readers in understanding the truth about every aspect of the early church and the many twisted doctrines that have birthed as a result of the many corruptions.

The following is a little insight regarding the evangelists of the early centuries:

The spread of the Gospel during this period was rapid and continuous. Eusebius thus describes its propagation in the opening years of the second century. “There were many next in order of time to the apostles, who built up the churches founded by them, and pushing further the preaching of the Gospel, scattered broadcast over all the world the seeds of the Kingdom of Heaven. Many evangelists, first obeying the Saviour’s command to give their substance to the poor, set forth, vying with one another in preaching Christ and distributing the Scriptures of the divine Gospels. After they had thus laid the foundations of the faith, and ordained pastors into whose hands they could commit the care of the new converts, they would themselves pass beyond to further regions and nations, God accompanying them with his grace; for even down to that time the Divine Spirit wrought so mightily by them, that at the very first hearing, whole assemblies embraced the Gospel.”  May we not say it is these obscure evangelists, whose work remains but whose names have perished, who are especially worthy of honour in the Church? The most glorious time in her annals was the century or more during which she had little or no history.

Looking at these passages of history, I would like to point out a phenomenon that is seen today not only with evangelists, but pastors as well. Today’s Evangelist is nothing like the evangelist of the early centuries!  In the passages above, I have highlighted a very important characteristic of an evangelist: “Many evangelists, first obeying the Saviour’s command to give their substance to the poor, set forth, vying with one another in preaching Christ and distributing the Scriptures of the divine Gospels.” Early evangelists gave all they owned to the poor before embarking on their ministry!  They truly lived by faith, allowing God to provide their need.  They did not own anything.  Not only this, they did not make a name for themselves! They had the humility to do the work of God without the accolades and ‘pats on the back’ and recognition that many thrive on today.   Let’s compare this conduct to today’s evangelistic conduct. I would like to also point out that pastors are guilty of the following phenomenon as well, so the following will encompass both areas – evangelists and pastors.

Here’s Today’s Pastors and Evangelists as quoted from my book, Religion’s Cell: Doctrines of the Church that Lead to Bondage and Abuse:

Instead of pointing people to the “Truth” they draw attention to themselves and to the “Revelation” they received by elevating themselves as the source of the “Truth.” Thus, they raise their words to divine rank and exercise spiritual power for “position”

Instead of the Apostle, Prophet, Evangelist, Pastor and Teacher (Ephesians 4.11) they pursue and embrace worldly designations such as “Dr.” “Reverend” “PhD” and “Senior Pastor” in order to distinguish themselves. In short, they seek to “elevate” themselves before others. Instead of “serving” they are being “served”

There is a fitting story in the Bible about this kind of conduct: The mother of Zebedee’s sons came to Him with her sons, kneeling down and asking something from Him. And He said to her, “What do you wish?” She said to Him, “Grant that these two sons of mine may sit, one on Your right hand and the other on the left, in Your kingdom” (Mathew 20.20)

You see…These two apostles wanted to be elevated above the others. And when the ten heard it, they were greatly displeased with the two brothers. One translation says they were moved with indignation against those two. Jesus taught, the greatest among you will be your servant. And whoever exalts himself will be humbled, and whoever humbles himself will be exalted.” (Mathew 23:1-12).

Three words come to mind that are characteristic of these ministers: Performance, Position and Power. These ministers have made a predacious climb on the “ladder of success” by building an institutional empire that rivals many corporations. Their ministry has become an “idol” in their heart at the cost of their own soul.

Through the Balaam Phenomenon, ministers use the “Truth” of God to nurture their own visions and bring to fruition their own agendas beneath the shroud of furthering the Gospel. It is easy to identify these ministers in the pulpit since the anointing is no longer present. The Spirit of the Lord has departed (1Sam. 16:14). Yes, they operate in the “gifts.” The gifts and the calling are without revocation (Romans 11.29) however, the anointing has departed! Consequently, there is a lack of a clear Biblical objective.

The “Revelation” they are delivering to the people is the “Revelation” that was only for them when they were “small in their own eyes” (1 Sam 15.17). They force others to eat their diet of food. They are unable to prepare a table like a Master Chef who prepares a balanced variety of food some for the mature, some for the young and another for infants. Consequently, the pathway they present is littered with landmines and pitfalls. It is the same truth over and over deceptively packaged to look different.

For the mature discerning Christian, that minister is easily identifiable because he relies on the “Revelation” received in the past that catapulted him into recognition. There is no “New” “Revelation” delivered to the people because he is NOT drawing from the presence of Christ and His Spirit. He no longer has the intimate relationship with Christ that he once had and he knows it! These ministers know how to smile outwardly, and they know all the religious words and how to manipulate the congregation. Private personal prayer life is non-existent. What burden for that minister to carry. Eventually he will falter under its weight. What is hidden will eventually come to light (Luke 8.17).

These ministers increase their spiritual “stronghold” over people and they have “mastered” the ability to manipulate the “touch points” in a person: that area within a person that is vulnerable; they probe without applying salve or the ointment of healing brought by the “anointing” — they open the wound wider. The wounded keep returning looking for that healing… that balm of Gilead (Jeremiah 8.22). They never find it and the wounds closes over being festered with all the wrong doctrine.

Woe to them! For they have gone the way of Cain, and for pay they have rushed headlong into the error of Balaam (Jude 11)… forsaking the right way, they have gone astray, having followed the way of Balaam, the son of Beor, who loved the wages… (2 Peter 2.15) who suppose that godliness is a means of gain… (1Timothy 6.5) Drawing disciples after themselves…. (Acts 20.30).

Furthering their own agenda under the deceptive umbrella of “godliness” as a means of gain” they siphon money from those hurting…the vulnerable that come seeking healing and restoration. The result is that these ministers divert “Truth” to water their own field and feed themselves (Ezekiel 34:2-10).

The “Truth” and “Revelation” they have received is “for sale “in the form of tapes, CD’s, books and videos. During and immediately following a service one is encouraged to “purchase” the “truth & Revelation” from the minister. Little has changed from the time of Jesus when those tables were overturned by him (John 2.15). In the name of God, they were providing for the people the sacrifice offerings for worship right in up the temple (John 2.16). How that seemed noble!

How often has someone walked out of a Sunday service hungry for the “Truth” only to find it being sold for money? What happened to “freely you have received freely give? (Mathew 10.8). I tell you the truth…they have received their reward (Mathew 6.5). Who is wise among you and who is discerning (Hosea 14.9) let him come forward and shout from the roof top!

The Balaam Phenomenon is pervasive throughout the body of Christ. It’s time for clarion call to go out. The Presbyters, Bishops and Elders need to rise up; I mean those whom the Holy Spirit has appointed (Acts 20.28) NOT overseers elevated by man. I am not referring to these who fail the test of integrity. I am referring to the wise and discerning. I am referring to the man or woman who has Wisdom; “Godly Wisdom” — which is comprehensive insight into the ways and purposes of God (Proverbs 12.8).

Is the true nature of the evangelist and pastor becoming clear?  Power, prestige and money have become the ultimate snare. As a result, abuses abound and many are turned away from the faith. Who do you think God will hold accountable? If you do not know the answer, then maybe this will help: The Third Commandment – What it Really Means.

One thought on “The Balaam Phenomenon”