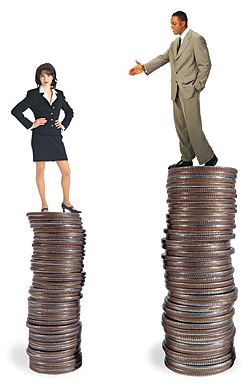 Scriptural changes that instigate abuse, inequality and, keep Women out of Government

In part one of Sex Bias Influences Translators, I gave everyone two examples in scripture of how men changed the meaning of scripture based on mens “preconceptions” and “self interests.” I showed how the story of the exposure of Sarah, at Abraham’s request, in Abimelech’s harem was turned around to show Sarah being “reproved” when in fact, she was not; thus leading men to believe, based on the way men worded the changes, that men had the permission to humiliate and abuse their wives. The second example was Leviticus 19:20. The change that was made here by men, gave them the power to abuse their female slave without recourse; and, took away the human rights, honor and dignity of the slave in the process. Both of these changes were done to give men power and control over women; something God did not authorize.

Now, I would like to cover “the wisdom of women.” In scripture, Cha-kam, “wise”, occurs about 130 times in the Hebrew Bible. It is invariably translated “wise” except in the following places: in 2 Sam 13:3 “subtil;” and in 10 instances “cunning,” when used of skilful workmen, 1 Chron. 22:15; 2 Chron. 2:7 (twice); 13 and 14 (twice); Isaiah 3:3; 40:20; Jer. 10:9. But in Jer. 9:17, we read in our English, “Thus saith the Lord of hosts, Consider ye, and call for the mourning women, that they may come; and send for cunning women that they may come, and let them make haste, and take up a wailing for us,” etc. The reference is to the low moral tone prevailing at Jerusalem, which threatened the overthrow of the city. Now here, surely, there is no reference to skilful workmanship on the part of women, and moreover the A.V. leaves out the rather important article “the”.  Here “the wise women” are called upon by Jehovah to show their interest and concern in matters of State,–the moral corruptness of the city; and “the wise women” are further instructed to teach their daughters to be concerned about such matters,–verse 20. Huldah (2Kgs. 22:14), admittedly the wisest prophet of the times, may have been still living at this very time (Bushnell, 1923).

Another case of prejudice in translation is Isaiah 3:12. The word translated “children” in this verse is a plural masculine participle of the verb “to glean,” “abuse,” “practice.” It is translated “glean” in Lev. 19:10, Deut. 24:21, Judg. 20:45, and Jer. 6:9. The word has no translation such as “children” anywhere else in the Bible, and it occurs 21 times. Another word altogether is used for “children,” and “child,” in verses 4 and 5 of this same chapter; the sense seems to have been fixed by the supposed context, to correspond with “women.” As to the word translated “women:” Two words, without the rabbinical vowel “points,” are exactly alike. One is pronounced nosh-im and the other na-shim. In appearance the only difference is a slight mark under the first letter of the Hebrew word na-shim. The first word means “exactors;” the one with the vowel mark under the first letter means “women.” The entire decision, therefore, as to whether the words mean one or the other depends upon OPTION. Those who pointed the word, evidently thought the nation could sink no lower than to pass under women rulers, and then translated the other word “children” to match it. Commentators frequently call attention to the alternate reading. See Adam Clarke on the passage. The Septuagint translates: “As for my people, tax-gatherers (praktores) glean them, and exactors (apaitountes) rule over them. (Bushnell, 1923)“

There seems little in the context to support the translation “children” and “women.” But study the context as regards the other reading. After complaining of the “gleaners” (that is tax-gatherers) and “extortioners,” they are threatened in the following language: “The Lord standeth up to plead and standeth up to judge the people. The Lord will enter into judgment with the elders of His people, and the princes (“rulers,” masculine, not feminine gender), thereof for ye have eaten up the vineyard (the conduct of extortionate tax-gatherers), and the spoil of the poor is in your houses. What mean ye that ye crush (R.V.) my people, and grind the faces of the poor?” Because of this context, we believe that OPTION took the wrong turn when it decided to translate this verse as it stands in our English version; and that this translation would have had a strong showing up of its sophistries, had educated women been on the last Revision Committee (Bushnell, 1923).

These instances are trivial, when taken one by one. However, there are many straws floating in one direction that prove that the current runs strongly against women in every area of translation that involves women in passages of scripture. These passages have been translated in such a way that men believe that it is a “shame” for women to rule in government! It is sex bias, plain and simple, and was done to keep women on an unequal level to men for their own self-interests.

I will stop here for brevity, once again, and pick back up with this topic in my next article. Before we can proceed to exhibit other places in the Old Testament in which an unusual meaning has been placed on a word (that would not have been put upon the same word had it not specially related to women), we must cover some Hebrew language understanding and then delve into some more sex bias in translation.