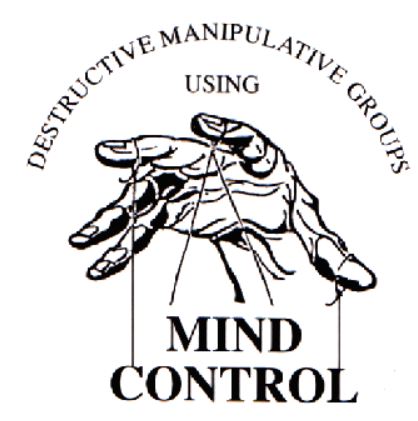 My first part of this series, Religious Bondage – Behavior Control, touches on how behavior reform can cause people to act in abusive ways toward others that disagree or expose abuse within the religious setting. It also explains the tactics many religious followers use in order to silence someone that speaks out about or reports sexual assault, child molestation and rape, or other abuses. In part two, Religious Bondage – Information Control, we learned that one of the key areas of manipulating and controlling people is to control the flow of information within the group. Doing so, allows leadership to rally the group toward their goals, their preferences, their rules, etc. It also allows for abusers to hide their abuses. Behavior Control and Information control are two aspects of Religious Bondage. Religious Bondage is the product of Thought Reform, Information Control and Behavior Modification and, leads to abuse.

As I stated in part one and two, in order to explain this phenomenon that so few know anything about, I have taken Religious Bondage and put it into simple terms everyone can understand –  “Religious Freedom vs. Religious Bondage.” There are three parts to religious bondage as stated above. This will be the third part of this series and, once again, I will use Steven Hassan’s B.I.T.E. model from his book, Releasing the Bonds: Empowering People to Think for Themselves, chapter two to show the Religious Bondage, I will compare this to my own model for Religious Freedom. At the end of this chart, I will then summarize.

Controlling a congregant’s time is paramount in controlling their mind (thought reform). It leads to the mind accepting negative and abusive responses and actions without thought to reality. By demanding that everyone in the group attend all functions of the group (time and behavior control), it allows for the inputting of beliefs, standards and opinions of leadership (indoctrination sessions). Leadership has mastered the art of manipulating scripture to cause interpretation of it to lean toward their way of thinking. Often, it will be taken out of context and used in forcing conformity to the many rules leadership puts in place. Scripture is also used to instill fear of going against “the man of God.” It is twisted to give the impression that doing so will bring God’s wrath and judgement upon the individual that disagrees with, goes against, prosecutes, or speaks out against, “the man of God.” There will be “consequences” or “punishments” for those that do not conform quickly to leadership’s rules.  This may involve destructive gossip, public humiliation and shunning until one conforms. Many will conform in order to avoid the “consequences” or out of fear of retaliation from other members and/or God.

Thought control (mind control) creates clones of the leadership and the abusive system.  All members think alike and act alike. They learn to like the same kinds of music, foods, restaurants, stores, etc. They are trained to go to leadership for input on making all major decisions in their lives. Members believe leadership knows what is best for them and that whatever leadership tells them to do is the right thing. Members will only believe what leadership says is truth and they allow leadership to control their homes and familial relationships. They will not believe former members or others that see abuse from the outside even if they are professionals or authorities that deal directly in this area of expertise where abuse is concerned.

Scripture is twisted and used against the women and children to force them into subservient roles to men and other adults.  Their minds are filled with scripture that has been manipulated and changed in order to instill abusive doctrines that are designed at getting them to submit and obey without questioning the many “rules.” All teachings are designed to stop women and children from thinking independently and questioning leadership’s, rules, actions, dogma and church policy. It is also designed to prevent them from questioning abusive actions of family members and spouses.  Inequality of the sexes is hammered home using twisted teachings and corrupted translations of scriptures.  Attitudes are instilled in the men that women are “lesser,” are not allowed to have positions of authority over them, must submit to all male authority. This inequality of the sexes leads to abuse of women emotionally and physically in the home. They either submit to the manipulation and control or they will find themselves being emotionally and physically abused (domestic abuse). This leads to eating disorders, physical ailments, emotional imbalances, mental illnesses and depression in many of the women that allow themselves to believe the lies and teachings of the group.

The children are forced to “shut up and put up.” They have no say so in anything. If they are falsely accused by adults of wrongdoing, parents and other members will believe the one telling the lies. The children are rarely believed. If they try to question the abuses, church authority and/or twisted teachings, they will be punished. They are isolated from the world and from authorities and those that have the legal power to help them when abuse does occur. They are rarely believed by those within the abusive or cult-like group when they speak out about their abuses.

Through the use of “congregant bashing” from the pulpit, leadership instills a negative self-image into members.  Many will feel that they cannot do anything right and that bad situations that arise in their life are their “fault” for not being good enough or following leadership’s advice.  Many will even believe that these situations are the result of God punishing them for disobeying leadership. To them, God is ever ready to punish those that cannot live up to the standards and many rules imposed upon them by leadership. Pleasing God means pleasing leadership and adhering to the many rules imposed.  In the minds of congregants, leadership’s rules become God’s rules. Therefore, any transgression of the rules deserves punishment not only from God, but from leadership.

The group as a whole becomes “spies.” They report every little thing that does not conform to group think, standards and rules to leadership so that “disciplinary” tactics can be employed against the non-conforming members.