Religious Abuse (Narrated Powerpoint) is the foundation upon which many religious leaders and organizations build their empires. Yet, many people do not understand what Religious Abuse involves. Members of cults and cult-like organizations will use their influence and power to ruin any victim that speaks out about the religious abuses that they have endured. As a cult survivor that spent more than 18 years in an abusive fundamentalist Baptist cult, I will summarize  the chart below based on the experiences I have had to deal with personally while in the cult and, while helping other victims of religious abuse. Though it is very difficult to wrap one’s mind around these facts, it is vital that everyone understand that RELIGIOUS ABUSE ( Link to “Religious Abuse: What Exactly Is It?”) is real, it’s dangerous and, it can be deadly. Religious bondage is the product of  Thought Reform, Information Control and Behavior Modification and, leads to abuse.

To explain this phenomenon that so few know anything about, I would like to break it down and keep it simple. I will call it, “Religious Freedom vs. Religious Bondage.” There are three parts to religious bondage as stated above. I will cover each part separately in three different articles.

Religious Freedom allows an individual to be who they are meant to be as an autonomous human being. They are free to develop their own beliefs, standards, likes, dislikes, hairstyles, clothing styles, ways of doing things, etc. They are allowed the freedom to choose their education and career field. Religious freedom allows for equality between men and women. It also allows them to be the best that they can be for themselves, their families, others and God. But, Religious Bondage leads to inequality; which in turn, leads to emotional abuse, spiritual abuse, physical abuse, sexual abuse, incest, rape, mind control and manipulation, hatred and fear for those trapped in it.

Sounds a bit shocking to contrast the two, doesn’t it? These two types of “religion” are diametrically opposed and lead to very different results. One leads to freedom in Christ, balance, happiness and joy; the other leads to imbalances, fear, control, thought reform, behavior modification, abuse and destruction. What many do not realize is that they may be in religious bondage instead of enjoying religious freedom. This happens when bondage is all that a person has ever known (raised in it); or, when a person succumbs to being spoon-fed their beliefs, doctrines and standards. Some, having never experienced true freedom in Christ due to isolationism and extreme control within the system, fight within themselves against the transformation into that mirror image of the system. These are usually the ones that escape it later on – but not after suffering much abuse and trauma. Many others passively accept the rules, doctrines and standards and then become abusive toward those that do not accept them wholeheartedly. This can lead to hate crimes, stalking, harassment, character assassination, rape, sexual assault and/or trafficking, incest, physical abuse, emotional abuse, spiritual abuse and death for those that do not conform.

Let me break the first characteristic down into two different categories. Using Steven Hassan’s B.I.T.E. model from his book, Releasing the Bonds: Empowering People to Think for Themselves, chapter two to show the Religious Bondage, I will compare this to my own model for Religious Freedom. At the end of this chart, I will then summarize.

My thoughts on Behavior Control:

Controlling a congregant’s time is key in controlling their behavior and modifying it (behavior modification).  Excessive demands on time “in the ministry” or “attendance to every meeting, service and event,” leads to passivity and the ignoring of abuses and reality. Peer pressure plays a HUGE part in behavior modification and is used to influence congregants toward group “rules” and “group think.” Those that fight against the rules will find themselves on the receiving end of punishment from the group. This could entail such things as shunning, public humiliation, gossip and slander,  until the person conforms. 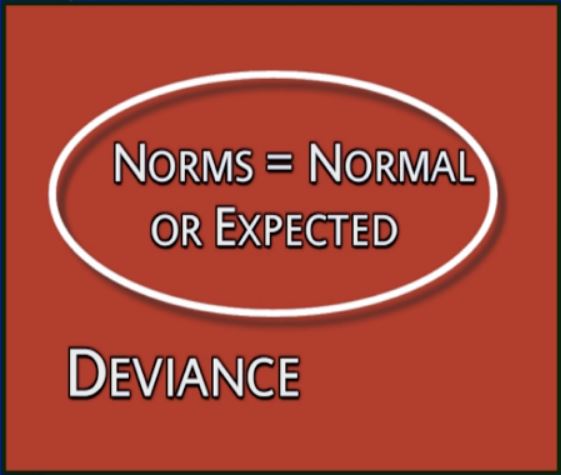 What any normal person would view as abuse becomes “normal” with each instance of it in an abusive environment.  For example: In the cult I came out of preachers used the pulpit to publicly attack, chastise and humiliate congregants that disagreed, believed differently or, questioned leadership and their doctrines. This IS emotional and psychological abuse; and, it instills fear of speaking out further against leadership.  The first time this is done, it is shocking, but as each occurrence of it happens, the gradualism of these attacks becomes normal and even okay in the mind of the congregants.  It is seen as “right” and necessary to keep the flock in line with God’s rules; which are usually nothing more than leadership’s rules and preferences.  Through this gradualism, the abuse becomes “normal” and congregants become blind to it. Because this abuse is seen as “normal” and “right,” it then is duplicated by congregants against others that disagree as they transition into positions of leadership.

Another example of abuse is toward victims that speak out about their abuse at the hands of leadership and others within the organization. Leadership, because it controls the congregation’s behavior, can rally their members together to:

Those that allow their time to be controlled are the ones that are easily duped into believing the lies and twisted theologies taught from leadership. They are also the ones that rally to the side of the abusers in any given church instead of listening to and supporting sexual assault victims and other abuse victims.  Staying busy constantly interferes with critical reasoning skills, stunts spiritual growth and, results in thought and behavior reform. It leads to congregants being obedient, unthinking, “do as they are told” followers of leadership. Because of this, it also leads to blind loyalty to the system and its leadership instead of supporting those that step forward to report the abuse. Followers lose their ability to discern reality and truth; thus, believing the lies they are spoon fed by leadership. They will interpret scripture in light of what they are told by leadership; judging others as leadership dictates. They will be the pawns used in order to mete out attacks against those leadership tell them have falsely accused them or their church.  Facts of a situation then become irrelevant in the mind of the congregants and they will fight against those facts and the ones that present them. This leads to abuse as listed above and, even death to anyone that dares to go against the system or its leadership.

Behavior Control is dangerous. It leads to abuse of others. This facet of Religious Abuse must be recognized for what it is and members must flee those religious organizations that practice this in order to control and manipulate them.