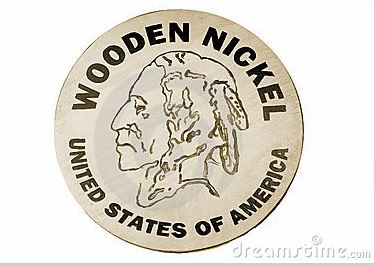 Andrew Murray defined humility as “nothing but that simple consent of the creature to let God be all, in virtue of which it surrenders itself to his working alone.”  Speaking of Christ, our example, he says: “His humility was simply the surrender of himself to God, to allow [God] to do to Him what He pleased, whatever men might say of him, or do to him.”

Please notice carefully a certain qualification in each of these definitions of humility. In the first, the creature “surrenders itself to GOD ALONE,” this is humility: in the second Christ does this, “whatever men around Him might say of Him, or do to Him.” Now, I ask, Is woman taught that it is “humility” for her to conduct herself after any such manner? Let us see. As to the first point, take, for instance, Dean Stanley’s teaching: “The authority of the husband is enthroned visibly upon her [the wife’s] head in token that she belongs to the husband alone, and that she owes no allegiance to anyone besides, not even to the angels before the throne of God.” Now, Mr. Murray’s definition as to humility speaks of GOD ALONE; Dean Stanley’s definition of a wife’s duty, as an allegiance to MAN ALONE. The first defines “humility;” the second defines “servility.” Since true humility EXCLUDES surrender to man (according to Mr. Murray), it is perfectly evident that exclusive allegiance to man would prevent woman from exercising true humility.

Throughout church history, religious men of old have made it very clear that women must submit themselves completely to their husbands in every way; even if it was abusive. Women, for centuries, have been denied humane and ethical treatment based on this twisted teaching by men.  This attitude is contrary to what is set forth in scripture. According to Bushnell, “a dispute for the throne of God has existed between God and man ever since the Garden of Eden when humanity desired to be “as God.”  The culmination of this mindset will end when the Lord returns to “slay with the breath of His mouth” this “man of sin” who sets himself forth “as God” — 2 Thess. 2:3-8. But, what about women? What will God want women to do? Dean Stanly states, “Let women show their humility, their willingness to take a lowly place; let them put on a veil to show they owe no allegiance but to MAN ALONE,– not even to God’s own messengers, the angels before God’s throne.”

Am I the only one that sees how preposterous this teaching is? Men call this “humility” when, in fact, it reeks of arrogance, pride, control and self-interest. All this, clothed under the mantle of “God’s Will” for women using the terms “humility” and “womanliness.” According to Bushnell, “We observe that when an expositor and preacher of the Gospel wanders out of his path of duty “to preach Christ” as woman’s one example of conduct, and preaches “womanliness” instead, he sets up an idol of his own creation for women to worship; he turns himself to folly. We imagine such expositors would have been pleased had God sent into the world, an additional female Christ, to set women a female example; but since God did not see fit to do so, women are under obligation to endeavor, as best they are able, to follow the “manly” example of Jesus Christ, and leave the consequences with God. This is woman’s truly humble place. Any other is SHAM humility.”

SHAM humility is what fills many of today’s pulpits across the world by men whose only goal is to gain power and control over women. SHAM humility is filled with self-interest. True humility is filled with the “benefit of others,” before self. There is a big difference between the two. Men have placed this shroud of SHAM humility on themselves and used it to coerce and force women into submission to them. Christ was clothed in true humility and died to benefit the whole world, not himself. He put others before himself and raised them up to a place of honor before God, preferring them above himself.  True humility by men would raise women to this same place of honor and respect.

So, what was Christ’s attitude toward man, seeing HE ALONE is woman’s pattern?

John 2:23-25 – “Many believed in His name, when they saw the miracles which He did. But JESUS DID NOT COMMIT HIMSELF UNTO THEM, because He knew all men, and needed not that any should testify of man: for He knew what was in man.”

What a great example for women to follow! Jesus did not trust “man.” He KNEW what men were all about. Jesus only committed himself to GOD ALONE. And yet, MEN want WOMEN to commit themselves to MAN (husband) alone. What is more amazing is that man takes this a step further teaching that women should be in subjection to ALL MEN.   Is man’s intent regarding women becoming clear yet? Men do not want a truly humble wife that follows Christ’s example, because Christ’s example sets forth that a woman should not trust blindly her husband. The marriage relationship was meant to be based on “equality,” not “inequality.” Inequality leads to abuse of women and, “idolatry” of the husband. Equality brings with it a “mutual trust” — a reciprocal tie and duty between both husband and wife. Bushnell said it well when she stated, “. . . this matter of the surrender of one’s entire person and conscience to the keeping of another human being is idolatry. — a deadly sin against God. Love does not require it. Never man loved as Christ; never man trusted himself to man less than Christ did. The more he surrendered Himself to God, the more humble He was; the less He committed Himself to man. Mark how he kept His conduct free from all human influences.”

To be GOD’S ALONE literally means to NOT be man’s in the least. Jesus let God do what He pleased with Him. He made no concessions to man. How differently religion has taught women! At every step of the way, religion has twisted teachings and corrupted scripture through translation to put women in a place of servility and idolatry to man. Women have been slipped the proverbial “wooden nickel.”  Everything a woman does is in reference to her SEX, not rather, with reference to her God! It is in reference to control, not honor and respect.