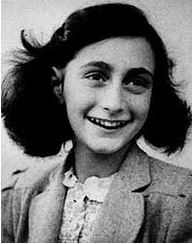 I remember preachers preaching on the “Proverbs Woman” as if no woman could ever live up to that standard. All the while, they would preach that we were not allowed to hold jobs or have authority over men. Constantly, they came across with a “double standard”. We should be like the proverbs woman, yet were not allowed to be!  What they failed to recognize was that God allowed for women to be “business women” and “leaders.” You cannot be a successful business woman without having authority over men. God gives authority, position and power to both genders in the Old Testament. Otherwise, Deborah would not have been a “judge in Israel and the General of the Israeli army” (Telushkin); Huldah, would not have been a prophetess; Miriam would not have been a prophetess and called of God to help lead the children of Israel out of Egypt along with Moses and Aaron.

The valorous women is first characterized by her goodness to her husband. “She is good to him, never bad”; he in turn, totally TRUSTS her.

She also takes care of all her family’s needs: “She rises while it is still night, and supplies provisions for her household” (31:15).

[My thoughts: Providing for one’s household is not just a “man’s” position. There is nothing wrong with dual income households; and yet, fundamentalists preach that this is “wrong” and a “sin.” Proverbs 31:15, says otherwise.]

Unlike the stereotypical stay-at-home wife as the preferred model of womanhood, the woman of valor is a businesswoman, who “makes cloth and sells it, and offers (for sale) a girdle to the merchant” (31:24). In addition, she is:

It is quite amazing how men throughout history have subjugated women to the “roles” that THEY say is what God “wants” for them and “meant” for them to have. They have forgotten that God is “no respecter of persons,” and this includes gender. It is disheartening how scripture gets twisted because of “ego”,  “pride” and “control”; and, men’s opinions become the  “truth” and “standard” by which we are “forced” to live.   It has nothing to do with love, respect, dignity and honor.