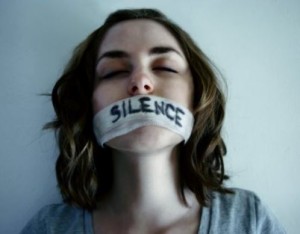 “Let the women keep silence in the churches: for it is not permitted unto them to speak: but let them be in subjection, as also saith the law. And if they would learn anything, let them ask their husbands at home: for it is a shame for women to speak in the church”

There have been countless attempts by church leaders to reconcile Paul’s directions about women “praying and prophesying” in Chapter 11 of 1 Corinthians, and the seeming command, “Let the [not your] women keep silence in the churches,” of Chapter 14. And sadly, no one wants to look at this corruption for what it is – a corruption (See my article “Corruption in 1 Cor. 14”). Yes, this is a corruption. However, because many Christians refuse to see if for what it is, let’s look at it from a merely logical perspective.

This lesson is my simple summarization of a chapter written by Katharine C. Bushnell (1856-1946). Bushnell was a brilliant Hebrew and Greek scholar and passionate advocate for the oppressed. Her career included serving as a medical doctor in the U.S. and China, working for social reform, and founding a mission for homeless women in Chicago. She also battled against prostitution in Wisconsin lumber camps and India, and investigated the opium trade between India and China. She received international recognition for her courageous reform work. Also a missionary and scholar, she studied the Bible in its original languages in order to determine the biblical status of women, publishing her findings in the book, God’s Word to Women.

Argument #1: Paul is meeting a purely local difficulty of some sort that is of no importance outside of Corinth or to us in our day.

The Objection: We cannot assume that any point made in Scripture has only a local application even though this is sometimes the case. Otherwise, we can weaken the authority of the Bible.

Argument #2: Paul changed his mind and decided to forbid women to speak at all. (This is the usual claim by clergy.)

Objection #1: He changed it quickly, then, without any consideration or thought into the damages his words would cause later on. As we all know, this statement has affected millions of women for centuries in a bad way.

Argument #3: He forbids women from ‘babbling’ and ‘chattering’ in church, but does not forbid them from prophesying.

Objection #1: Those who hold this view generally refer to the disorderly way women in Eastern churches, recently out of heathenism, conducted themselves. But there is no proof that Corinthian women misbehaved after this manner.

Objection #2: The Greek word here “to talk” (laleo), may be employed in the sense of “to babble”, but the Apostle never uses it in this sense elsewhere, and he uses the word 23 times in this very chapter for solemn utterance under Divine inspiration.

Argument #4: He only forbids women to speak and ask questions; they must ask their questions at home.

Objection #1: It is not known that even men asked questions in church, as the Jewish men did in the synagogue. There is an “assumption” that men asked questions. We cannot assume anything here. “Let all the earth keep silence before Him (Hab. 2:20),” could be construed as closing the mouths of the entire church, but we do not interpret it that way.

If Paul did such a foolish thing, then he is responsible for driving these women back to Judaism and heathenism for spiritual help; many others he deprived of all opportunity to get their questions answered since they had no husbands! In fact, a majority of the Christian women would have been left ignorant of very important spiritual truths by such a ruling. We cannot possibly believe that Paul went about giving the Bread of Life to all men and a stone for bread to women?

Argument #5: Paul uses the phrase, “it is not permitted,” clearly implying that others besides him knew this thing was forbidden even before he stated it.

Objection: Not one trace of any such prohibition can be found anywhere in the Bible until these very words of Paul appear. This raises the question about where these words came from. Who did not permit it? Where was it not permitted? The O.T. says absolutely nothing to forbid women to speak.

Argument #6: Most religious men believe that Paul’s command closed the mouth of every Christian woman.

Objection #1: We must remember to read the account of Miriam (Ex. 15:20); of Deborah (Judges chs. 4 and 5); of the immense assembly of important people addressed by the daughters of Zelophehad (Num. 27:1-7, where it is expressly said the Lord approved their message); the references to Huldah the prophetess (2Kings 22); the references to women who prophesied in song (1 Chron. 25); and to women who “prophesy out of their own heart,” where the rebuke is as to what is prophesied, not as to the prophesying itself (Ezek. 13:17).

Objection #2: There is a considerable body of women prophets and it implies that there were many other women prophets who were not false. Then, we must read of Anna, (Luke 2:36-38); of the women Christ caused to speak in public (Luke 8:47, Luke 13:13); the utterance of Peter as to women prophesying (Acts 2:16-18); and the reference to Philip’s daughters (Acts 21:9).

As we can see from these arguments and objections, there is so much more to consider than just believing this ‘known corruption’ to be fact. Just looking at it logically, we find many flaws. So, all this said, let’s ask ourselves this question: If this one only utterance of Paul is to be used and set up as a Scriptural “law” to silence women, then what is to be done with the hundred and one other “laws” in the O.T. opening the mouths of women, — such as:

It is simply impossible for men to claim that all these admonitions and exhortations were meant for men only. As a matter of fact, it was not understood that way for thousands of years, and for religious leaders to teach such an interpretation of one SINGLE sentence of Scripture now, sets at defiance more than a hundred other scriptures.

Many scholars understand Paul’s words, “it is not permitted” as referring to some rule outside, not inside Scripture; possibly the oral tradition of the Jews. However, it is not likely that Paul would quote the oral tradition of the Jews and refer to them as “the law.” Paul spent a large amount of time battling against these very traditions just as Jesus did. Paul even warns against “giving heed to Jewish fables, and commandments of men, that turn from the truth.” (Tit. 1:14) Even if we did not know this was a corruption placed in Scripture, one would still find problems with it. The Apostle Paul was probably quoting what the Judaizers in the Corinthian Church were teaching – who themselves said women must “keep silence” because Jewish law taught it. Scholars already know that many of the scribal marginal notes have been inserted into scripture as scripture, so this occurring here would not be out of the ordinary.

We could believe then that Paul was responding to the teachings of these Judaizers: “What! Came the word of God out from you? Or came it unto you only?”

One can gather from this Epistle several things: