Those that do not understand what religious abuse is, have no idea the scope and magnitude of it. It spans all continents and all cultures. It includes: rape, torture, incest, persecution, honor killings, physical abuse and murder, to name a few. The 1900s and 2000s are full of accounts of those persecuted due to religious beliefs by those with differing beliefs. Today, many religious sects have left a wake of abused and battered former members that have fled the faith because of the abuses. Some of their stories are on this blog.

The sad reality is that many religions are guilty of persecuting, abusing and killing because of religious belief and dogma. What is even more disheartening is the fact that the populous has no idea that these persecutions, abuses and murders are even still taking place to the large extent that they are, “in the name of God.”

The following excerpt is from The New Foxes Book of Martyrs, Updated to include recent accounts from the 160,000 martyred in 2001. While there are many accounts of religious persecution and abuse listed, I would like to focus on a young ten-year-old boy named Kamerino, who’s voice needs to be heard. He lived in the Sudan and his religious persecution took place in 2000. 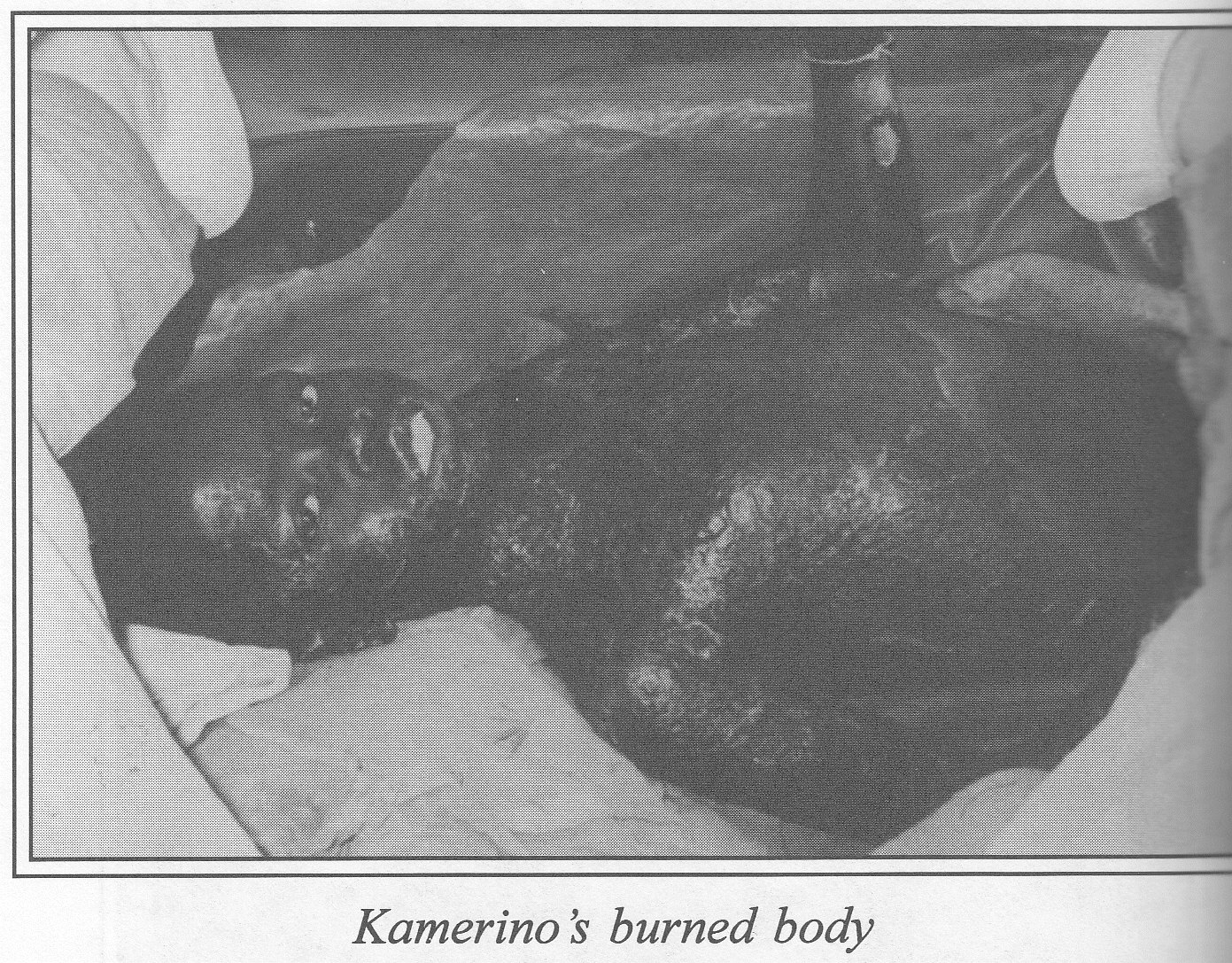 Muslim forces had been roaming the area around the small village for days, and the Christian villagers were afraid to even leave their homes to get food. Ten-year-old Kamerino hadn’t eaten for many days, and though the hunger pains had stopped, he knew that if he did not get food for himself and his grandmother soon they would both starve to death. The Islamic army had already taken the life of his parents, and now there was a good chance that they would take his if he went out looking for food. But what choice did he have? So he and his three nearby friends made plans to go out early the next morning and search for food.

His grandmother reluctantly agreed to let him go, with the understanding that he and his friends would come back that same day.

The four boys left early the next morning, just after dawn. But in their desperation to find food they became careless, and ran into a large group of Islamic soldiers. A Muslim officer yelled at the boys and commanded them to come to him. Fearing for their lives, or of being sold as slaves or made Muslim, the boys ran into a small nearby field and hid in the tall grass. They remained silent as the soldiers called repeatedly to them to come, and stayed low when the soldiers searched through the grass. When they heard the soldiers leave the field, the boys hoped they were giving up and going away.

But the soldiers were enraged at the thought of three small boys outwitting them, so they surrounded the small field and set it on fire. As the flames encircled the field and burned toward them, the boys kept moving toward the center of the flames, but eventually the circle of fire was too close to them, and they had few choices left. Three of the boys ran out of the field as rapidly as they could, hoping to dodge the soldiers and get away. But it was no use. They were quickly and easily caught—their fate, whether it was to be killed or made slaves or Muslims, was sealed.

Kamerino chose to stay in the field, curling himself up into a small ball as the fire ate at him. After the field burned to the ground, the Muslim soldiers searched the scorched ground for the fourth boy. They found Kamerino’s motionless body, curled up on the ground, burned from head to toe. Assuming he was dead, they left the area with their three young prisoners. . .

When Kamerino did not return to the village with his friends that day, his grandmother asked some of the villagers to go out and search for him. They found him trying to get home. Somehow he had managed to get to his feet after the Islamic soldiers left and start back toward the village.

He could not have walked very far before they found him, however. His chest was so badly burned that he had trouble breathing, and his feet were so deeply burned that they could hardly bear the weight of his small body.

Kamerino was brought back to the village, put in a small room, and left to whatever treatment his grandmother could get for him. If he was going to survive, it would be up to his own ability to do so. But there was little hope that he would make it, for the villagers had no way to transport him the nearly fifty miles south to the Christian hospital in Nimule. It had been eight days since the Islamic soldiers had set the field on fire and burned Kamerino nearly to death in it.”

A missionary team came through the village during this time and discovered Kamerino through the child’s grandmother. They found him under a blanket with hundreds of flies covering his body. His skin was blistered and cracked from being burned. They quickly took the child the fifty miles to the hospital where he recovered; but, he bears in his body the scars from being burned. No one knows about Kamerino unless they read his story in this book. Today, I want the world to hear his story. His story needs to be heard.

Differing beliefs and views regarding God have always been at the forefront of wars, murders, mutilations and tortures. Religious abuse and persecution is real. It is wrong. Think about this: If you think you have a BIG God, but he cannot take care of his own creatures and needs your help through FORCE and abuse, then your God is not real, is small, is powerless, is hateful. All you have is a religious “system” that is MAN-MADE, MAN-CONTROLLED and MAN-ENFORCED, where CRIMINAL and ABUSIVE behaviors will be the norm toward opposition.  This “system” will be one of CONTROL where those within it either do as they are told, or else!  This “system” will also be a harbinger of hidden abuses against women and children!