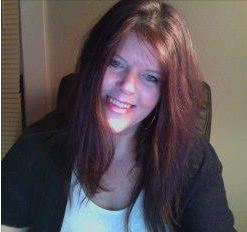 From the Administrator: This past year, I have had the extreme privilege and honor of helping numerous victims of sexual, emotional, physical, and spiritual abuse to tell their stories. Each one affected my heart in such a way that it ignited a passion in me to help expose this type of institutional abuse. I can think of no greater way to help than to make sure their voices are heard regarding such abuse. Women and children are the most vulnerable sect of human society. To take away their honor and dignity and self-worth and, replace it with shame, guilt and self-deprecation, is the worst possible crime one can commit on any human being. Utilizing religion to incite violence toward a woman or a vulnerable child is the greatest injustice. Using God and the Bible to inflict harm on one of God’s “little ones” deserves the strongest punishment available. There is no excuse for “bullies for God”.  These “bullies for God” stop at nothing to inflict their “will” on others at the cost of “destroying the victim”.

Kimberly’s story is one that I hear often. She was emotionally and psychologically and spiritually abused all in the “name of God”. God will not pardon those that carry his name in vain (See, The Third Commandment, What it Really Means.). Thankfully, this gives the victim a little hope since many perpetrators of abuse “in the name of God” have escaped justice. I am so GLAD that in the end, God will see that justice is served.  Here’s Kimberly’s Story:

My name is Kimberly Ann Howard. I am a survivor of the New Bethany Home for Girls in Arcadia, La. I attended New Bethany from February, 1982 through April, 1983. I was sent there by my parents as a result of drug abuse and repeated runaway attempts.

Though not sexually abused myself, I was aware of some other girls who were. Teresa Trahan, a female staff member, sexually abused different girls at different periods during my stay there.  This was common knowledge and in some cases spoken of openly among the girls. Another girl, Kim Link, confided in me about sexual advances made by Bro. Jewell. This later was exposed and he, along with his family, left the home. He was never reported to the authorities.

One of my best friends had an ongoing relationship with Craig Clark.  It was very difficult to get her to see the reality of what was taking place. She later became a staff member, and then left. To this day, she still has some contact with him.

For part of my stay there, we were allowed outside for one hour per week within the fenced barriers. At some point this stopped and we only had the three to four minutes it took to get from the house to the school or the house to the church.

Something else that I am confused about to this day is that many of us didn’t have our menstrual cycles for the first few months after we arrived, and some never at all. I myself was in the home 6 months before mine resumed. I can only assume that it was the constant stress that caused this.

I was paddled on numerous occasions with a heavy wooden board, or paddle. The “swats” or “licks” were between three and twenty or thirty, depending on what I had done, or not done. They were extremely painful and left bruises and marks. I very clearly remember Miss Nora paddling Michelle fifteen or twenty times and then the paddle broke. Miss Nora picked up a new paddle and continued to paddle her about twenty more times.

I also saw Doreen Spangler after Mack Ford beat her. She had a black eye and a swollen face. Though I was not there to witness it, staff member, Miss Gala, later told me that she was there trying to restrain Doreen and had witnessed the whole thing. I have witnessed Mack Ford whipping girls across the back, buttocks and legs with kindling wood from the wood pile. I have seen so much more, but it is too exhausting to go into and it would fill a book.

All this, I survived. The emotional and psychological abuse I suffered far outweighed the horrid living conditions.

Not one day passed when we were not told that we were whores, and drug addicts, sinners and devil’s spawn. The preachers would leap from the pulpit, on top of the pews, screaming and spitting in our faces, “Sinners! You are going to Hell!” Over and over! Every night, they degraded us, yelling, telling us the horror of who we were and how we’d suffer in hell. They told us our mother’s would burn in hell for wearing pants, or working outside the home. If our parents were divorced they’d burn in hell. We’d burn in hell for cutting our hair, or wearing eye make-up. If you looked at the boys, or men that were occasionally there at the home, you’d burn in hell –  We were told these types of things over and over, everyday.

I was 15 years old, and already had self-esteem issues. I became afraid. I was terrified to fall asleep at night in case I woke up in hell. If I had bad thoughts, I believed God could never love me. I felt like a trapped animal. I couldn’t tell my parents anything about what was happening. All mail coming and going, were intercepted and read. Phone calls were on a speaker phone with a staff member in attendance. If you told your parents, you’d get whipped and your parents were told you were lying and homesick. All parental rights were signed over to Mack Ford for you to stay at the home. And, you must remember that 90% of those at the home were “troubled” teens that would not be believed anyway. How could such abuse take place?

After I left, I ended up in a mental hospital for a month. I made bad choices with drugs and alcohol. I have been sober a number of years now, and I take responsibility for my choices.

Some of the long-term effects of New Bethany are still with me till this day. I still have nightmares, at least three or four times a year. When I was pregnant with my last child, I had dreams about Mack and Nora coming and taking my daughter from me. I hate church and have nothing to do with it as a result of what they did to me. I mistrust anyone who is a Christian. There were many times I’d think and get high to drive away the fear of hell in the past. I am still bitter and angry and, still have low self-esteem at times.

Many of my feelings have been pushed down inside of me all these years because I had no one to talk to about it. I cannot imagine the fires this abuse has fueled in my life.

Now, I am an adult and sober. I have a home and a wonderful family. I am going to an international, culinary college to become a chef. Here it is, 13 years later, and I finally feel I have the strength, emotionally, to go and tell someone about this.

My greatest concern is for the children still in Mack Ford’s homes. It is my belief that New Bethany home for Girls should be shut down and Mack Ford and his staff imprisoned for the abuse of hundreds of children, including myself.

I can only hope, after 13 years, someone will be able to help me and listen. What happened to me is past now. It only is alive in my mind and my heart. But, there are so many other children, suffering and scared, that are still trapped in that home. I hope my statements will help those children before it’s too late.

When I wrote this many years ago, I never dreamed that I would be able to find a measure of healing of the many psychological and emotional wounds that I was carrying. Thankfully, about fifteen months ago, I came across a facebook group that literally saved me. It was a group of survivors that had also endured the abuse under Mack Ford and his staff. Amidst this group of survivors were other abuse survivors that came out of the same cult religion that Mack Ford was part of. Finally, I found people who understood my pain; that knew what I had gone through and what I was going through, even now. I also made some special friends in this group that helped me to find this measure of healing – Simone, Jo Anna, Theresa, Kim Tere and Rhonda – I truly believe that you ladies have made all the difference in my life. You have helped me beyond any means I ever thought possible. My life is better today because of you all.

Other Documents from Survivors of New Bethany Home for Girls

Other Survivor Stories from New Bethany Home for Girls

The New Bethany Survivors have put all there stories into a book that is FREE to everyone. It can be downloaded as a .pdf document. Please feel free to share it with everyone! Just click the link below.