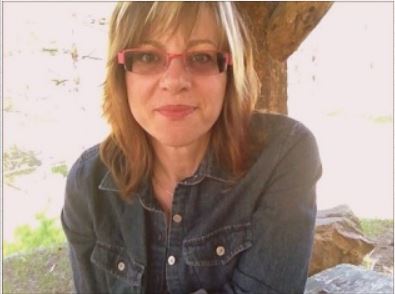 Two months after arriving at Hyles-Anderson College, I was forcibly escorted to the campus infirmary and injected with a tranquilizer. I assume it was a tranquilizer, since I wasn’t told what it was, or asked if I wanted it. The nurse simply stuck me in the arm. She didn’t even bother to roll up my sleeve first.

I remember thinking, This can’t be legal, but I was 18 and didn’t believe I had any rights. Within seconds after being sedated, the room went wobbly and I slid out of my chair. Someone (I don’t recall who) drug me into a little room, shut the door and locked me inside.

You might be wondering what “sin” I had committed to warrant this. Rumor had it I was crazy. But the truth is: I didn’t fit in. I enrolled in HAC because graduates back home claimed it was the next best thing to heaven. They said things like, “God gave me abundant joy!” I wanted abundant joy, too. I had been raised in a violent home, with a stepfather who was physically and sexually abusive, and I wanted to go someplace safe and loving, where I could blossom into the kind of person I knew I could be.

But after two months at HAC, I was miserable. I had always loved writing, language and literature, but quickly discovered these were off limits. As a woman I was restricted to three “majors”, one of them being housewifery. When I asked other girls why we didn’t have more choices, they scolded me and said I should be grateful. I felt increasingly alone. With no one to talk to, I wrote poetry. When one of my roommates found a series of depressing poems, she reported me to HAC authorities.

After being drugged, I was “sentenced” to the infirmary for two or three days. Meals were brought by student nurses who were told neither to talk to me, nor let me out of my room, nor answer any of my questions about why this was happening. I had nothing in that room. No pen, no paper. Ironically, they didn’t even give me a bible to read.

Finally, on the second day of my incarceration, I spotted two of my roommates through a crack in another door which opened into a main hallway. When no one was looking (they weren’t allowed to talk to me), they scurried over and whispered: “We think you’ll be getting out soon…” News of  The Crazy Girl in the Infirmary had spread like wildfire. Rumor had it I would soon be meeting with the esteemed Dr. Marlene Evans, Dean of Women.

I thought my prayers were answered. I had never met Dr. Evans, but anyone who attended HAC or First Baptist Church knew she’d authored many books and led the Christian Womanhood Spectacular conventions. As part of my work-study program (in addition to cleaning First Baptist Church), I had distributed box-lunches for the Spectacular, listening to throngs of women rave about Dr. Evans’ wisdom and compassion.

The prospect of meeting with her was exciting. I returned to the cot in my cell and imagined how our meeting would go. An established “author,” sitting down to talk with a young mentor. Wise. Compassionate. Surely Dr. Evans would understand.

The following day, a student nurse unlocked my cell door and said, “It’s time.” She let me go into the bathroom and freshen up (I’d been in the same clothes for days). Then she escorted me down a series of hallways, through a door– and suddenly there she was, my hero.

“Hello,” she said without looking up. She was sitting at her desk, working, a box of tissues beside her. Evidently she had a cold and she was cranky. She motioned for me to take a seat. I noticed her office was absolutely crammed with stuff: trinkets and pillows and plaques. Gifts, she said, from fans.

I took a seat and waited. When she finally looked at me, I started to tell her what I had rehearsed all night: that I admired her leadership, that I was a writer too, that I hoped she could guide me in the right direction. “I think I’m unhappy, because I want to develop my skills and—“

She stopped me. “That’s enough,” she said. She wasn’t interested in hearing any of this. No? No. She was a busy woman. Here was the deal: Evidently, I was depressed. Depression did not come from God, it came from Satan. Maybe I had a willful heart. Whatever my problem was, I couldn’t stay at HAC. “You’ll lead others astray. We can’t have that. So,” she said, “you’re going home.”

And just like that, it was over. I spent a final night in jail. The next morning two men tossed me in a car with my suitcases (my roommates had packed my things, since I wasn’t allowed back in the dorm). I was driven to Chicago’s O’Hare and literally dropped off at the curb. “I don’t know this airport,” I said. “You’ll figure it out,” the guy told me. Then he got back in the car and the two of them sped off.

I returned to Denver disillusioned but strangely relieved. I didn’t belong at Hyles-Anderson. The dudes who tossed me out at the airport knew it, Dr. Evans knew it, and deep inside I knew it, too. I remember looking at the snow-capped mountains as the plane circled to land and thinking, I’m finally free.

My freedom didn’t happen immediately. It took years to overcome the punishing mindset and learn to believe in myself, but gradually I got there. I enrolled in a university where I followed my passion, majoring in French and English literature. I was invited to study in France, graduated with honors, and lived in the Czech Republic for a while teaching English. Over the years I’ve worked with refugees, at-risk youth and taught workshops on writing as transformation for people battling their own conditioning. I’ve had stories and essays published, won awards, and met some amazing people.

Today, I’m grateful for being expelled from HAC. Not grateful for being drugged and imprisoned! That was a deplorable act on their part. But if they hadn’t treated me so horribly, if Dr. Evans hadn’t been such an insensitive clod, I might still be “imprisoned” in a life that was never right for me.

If anyone out there is struggling with something similar, I would implore you to listen to your heart. Do not listen to the manipulation and degradation– those are lies, and those lies are meant to silence you. They are meant to squash your beauty, your strength, your courage, your story. If your voice is silenced, the rest of us will miss out on whatever you have to contribute!

Please don’t cheat us out of knowing the wonderful, authentic you. You may wind up doing something so awesome it will make this world a better place! So, please listen to the truth within yourself, your inner-guide, your spirit, your soul. You have everything you need inside.

Thanks for reading and feel free to get in touch through my website: www.denisekodi.com