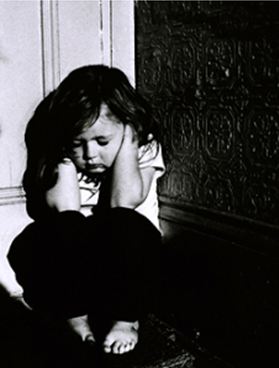 When I was just three years old, I was kidnapped by a very disturbed woman by the name of Cleo Smith.  I was so young, it is still difficult for me to remember all the events. However, I do have memory of Cleo putting me in her car.  At one point, I remember crying for “mama.”  This infuriated Cleo.  I remember she screamed at me, and told me to shut up.  I remember her car was a green 1966 Cadillac.  At one point, I remember telling Cleo that I needed to go to the bathroom.  That is when she hit me in the face and told me to shut up.  The problem was, I really did have to go to the bathroom, and due to terror, lost control of my bladder.  The next thing I remember was the car being on the side of the road and Cleo cursing at me, screaming, “You are a worthless damn kid!”  The next thing I remember, was being marched to the back of her car, Cleo opened the trunk, picked me up, and threw me in.  Those memories are so engraved in my mind, that I have nightmares about the actual kidnapping even all these years later. I went missing from a local grocery store while my biological mother shopped. She had just given birth to twin daughters she had three very small children with her as she shopped for groceries. I disappeared while she shopped — we would not be reunited for almost 30 years.

I lived with Cleo until I was 12 years old (When the police became involved in my life, although not because of my kidnapping).  Cleo owned many rental properties in Philadelphia, near Temple University.  Ironically, my biological parents leased a home from Cleo and subsequently had some legal dispute with her.    Cleo took me to a 110-acre farm she owned about 25 miles outside of the city.  Cleo owned this home under an alias; she also used an alias for me, Salina. Cleo had no legal documents for me that showed guardianship or an adoption. In fact, there were no records found of anyone born or adopted in the US by the name by which Cleo gave me.  Unfortunately, Cleo died before the investigation of my legal status was completed.

In 1967, the farm was in a very rural area of Pennsylvania.  There were no Amber Alerts, no CNN  or up-to-the minute news broadcasts.  Most people got their news from the local newspaper, a small number of TV stations (with rabbit ears), the radio, or by word of mouth . At the time, most people would not believe a woman would abduct an older child, but only babies. Cleo was never a suspect in the original investigation of my disappearance. Even if she had been, I am quite sure she hid her tracks by taking me to the farm .

It was at that time, the Independent Fundamentalist Baptist (now known as the IFB) Church became a part of my life. An IFB Pastor would eventually adopt me after the police became involved. He kept telling me many times throughout the years that Cleo had come with me  to the church he was the Pastor of . He said she claimed that she had found me abandoned in a rental property in Philadelphia. He says that he did tell her she should have called the police instead of just keeping me. She told him she never had, or did have, any intention to do so. This Pastor and his wife did not officially adopt me until only a few months before my 18th birthday. It seems they wanted to receive as much foster care benefits from the state as possible.  My “room” was a bed pushed into the corner of their basement. I asked my adopted father many times over the years why he did not call the authorities. I never received a satisfactory answer to my question.

Cleo was a close follower and financial supporter of Dr. Carl McIntire, who was a fiery fundamentalist leader at that time.  McIntire was a contemporary of Dr. Bob Jones, Jr, and was granted a honorary doctorate from Bob Jones University

I had been horribly abused by Cleo and her lover and farm hand, Lou. As as a result of the ensuing investigation at this time, I learned  that Cleo was not my mother. I heard for the first time that I may have been abducted because, with Cleo’s various interviews with the police,  she continued to change her story as to how I came to live with her. The nightmares that I had for as far back as I remember, were not just scary, they were true. I was enrolled in the Christian school associated with my IFB church for most of my life as a student. I did go to two other other IFB schools for a short time. Cleo was able to enroll me by telling these schools she had lost my birth certificate and would order another one from the state. I attended each of these schools for only one year, as Cleo could not provide my birth certificate to enroll the next year. When I was 14 Cleo died while the police investigation was on-going,  taking her secrets with her to the grave.

I was glad when Cleo died. But I never received any professional counseling.  At the time, I was so angry to find out that my life was a lie, from where I came from to what my real name was, that I was not interested in learning any more details. I still believed that my biological parents abandoned me, as Cleo and others told me. I decided I just wanted to get on with my life. I had symptoms of Post Traumatic Stress Syndrome (PTSD) back then, but of course, did not recognize the symptoms, nor did anyone else as those things were rarely discussed publicly in those days. I did not know what was happening.  When my adoptive father who was a Pastor, and the Youth Pastor, found out about the nightmares and flashbacks about the abduction, and the years of sexual abuse I suffered at the hands of Cleo’s lover, Lou, I, was constantly told not to dwell on it.  When the nightmares persisted, the Youth Pastor, who graduated from Bob Jones, told me that I was “just bitter.”  He repeatedly drew connections between the nightmares plaguing me and rebellion.  Brother Dave then would quote:

“Rebellion is as the sin of witchcraft and stubbornness is as iniquity and idolatry. “  I Samuel 13:23

In his mind, and the mind of others, the nightmares, flashbacks, fearfulness and crying spells were because of my refusal to “put the things which are behind.”  I was yelled at and told to “stop having sour grapes.”  If I was not smiling, or looked downcast, Brother Dave would yell at me that I was a witch because in his view, the only reason I was still having problems was because I was in rebellion and refused to give it all over to the Lord.  It did not take me long to stop talking about my past whatsoever.  I worked so hard to “forget those things which are behind” as I was told. I never mentioned it again. The nightmares and flashbacks lasted for many years . I sincerely wanted to be a good Christian.  Completely believed what I was taught; that the IFB were the only one’s who were living Godly lives.  I believed that members of other Churches, and certainly mainline denominations’ salvation were in question.  If perhaps they were able to slip under the fence and find the way to get saved, they weren’t living right.  As a result, I put considerable effort into forgiving and forgetting the abuse, torture by Cleo, and rapes.