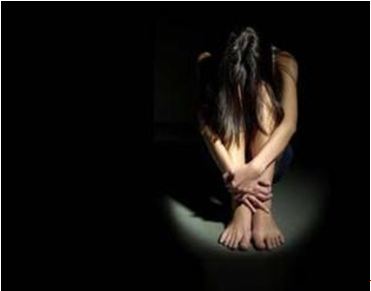 This is the continues from Part 1 of Cathy’s Story.

I twice attended Bob Jones University (BJU), a fundamentalist Christian college in South Carolina. I went for the first time in the 1980′s. After leaving BJU the first time, I went to a community college and received my nursing degree.  For reasons I won’t go into here, I moved to South Carolina. I wanted to get my Bachelors of Science in Nursing. Unfortunately, many of my credits from BJU would not transfer to other colleges. However, if I went back to BJU as  a student, I was promised those credits would allow me to obtain my BSN relatively quickly.  However, I did not realize how intrusive BJU was in its student’s lives, even those  living off of the Greenville campus! During that time, I became severely depressed and experienced extreme PTSD symptoms associated with the depression. I did not understand what was happening to me. But my most severe emotional problems were magnified when I went to Jim Berg for counseling while still a student at BJU.

In Jim Berg’s view, as I soon found out, people who had problems such as depression and PTSD were “un-spiritual” (his word, not mine). In the IFB world, depression is a sin. Taking medication for depression only covered sin. I plummeted into a even deeper depression. In June of 1996, during my last counseling appointment with Berg, he told me,

because I was not making fast enough progress and still “deep in the sin of depression.”

I will not begin to deny that I was having some serious issues.  Unfortunately, being discouraged from taking medications for these issues did not help. I am by no means proud of this, but I went home from this appointment and overdosed on medication. I realize that it was clearly a bad choice, and that was wrong. I was not thinking clearly, I was angry and in deep emotional pain. Of course, I was admitted to the hospital.

While I was in the hospital, I received a letter from Jim Berg stating,

“I hate to add more to your concerns, but this all comes from the consequences of your own actions, as a result you will not be allowed to continue as a student at BJU. I pray that God will break you of your sin of self-sufficiency and stubbornness and make you a usable vessel for Him.”

Fortunately, I received in the hospital the medical care and kind of counseling I needed from the beginning.  To add insult to injury, I was chastised by the Independent Fundamental Baptist Church affiliated with BJU (the same church Jim Berg attended at the time) because I was receiving counseling from a psychiatrist and licensed therapist.  In the view of the IFB church, secular therapy was wrong, and therefore sinful.  I was mortified to realize that Berg betrayed my confidential talks with him by “sharing” my situation with the pastoral staff, family members, and others in this church and at BJU as well.  In my opinion, Jim Berg made himself out to be “a great caring, godly, humble fellow” who tried at the best of his God-given ability to “lovingly” guide me to “trust God.” This betrayal of my confidence began a painful and difficult process of leaving the church and my circle of friends and family. When  I finally decided to leave my IBF Church, I was especially afraid to leave because of intimidation, pressure, and threats of Divine Judgment. I was harassed by well-meaning church and family members. I was also pursued by not so well-meaning church leaders. Eventually, as a former member, I was publicly chastised and humiliated before the church.  Unless it was to talk to me about the “errors of my ways,” members were discouraged from any association with me.  It seemed that all my friends and most of my support system went up as it were a poof of smoke when they were needed the most. 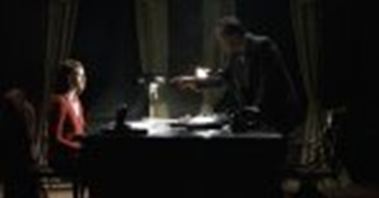 For a long time,  I actually felt that I left God Himself when I left the church. It was one of the most depressing times in my life. Few of my former church friends associated with me other than to tell me I was in sin. I felt further isolation and abuse and was fearful of the world. A well known Christian leader questioned me personally, and to others that were still in the church, about my salvation. One tactic that was extremely difficult for me to deal with was the “shepherding” philosophy. Other IFB churches may refer to this as discipleship groups.  As practiced in many IFB churches, this philosophy requires every member to be personally accountable to another “more experienced” or more “spiritual” person. To this person, one must “be transparent”, revealing all personal thoughts, feelings, and future plans. I now understand that this personal information is not used to help the member, but to control the member.

A few years after leaving the IFB church that I had attended, I again became involved in a  Shepherding Group that, at first, seemed harmless. I still did not understand that a person must be very careful about churches that insist members be accountable to some leader for spiritual and personal growth, especially if the group leader begins to demand transparency and accountability of the member regarding personal and or spiritual issues and personal decisions. The most upsetting thing that happened as a result of my departure from that group, took place when my former shepherding group leader, his wife, and several others members of my former church became involved in my current group. This particular group was disbanded by the leaders almost a year before this time due to lack of interest and attendance of group members. Furthermore, two people in this meeting were never involved with me the whole time I was in the church.

One of my then- current church pastors asked me to meet him on a Sunday afternoon. He claimed he wanted to find out how the church could be of assistance to me because he had heard of my then recent surgery and beginning treatments for Clear Cell Chondrosarcoma a rare bone cancer. I had just returned to Greenville after being in another state for over two months for surgery and treatment.  I was still very weak and sick. When I went to the church that afternoon, I found my former Shepherding group leader and his wife there waiting for me. Soon the small conference room was filled with 8 other people. One of the pastoral staff was there, but quickly added he did not know me, “which is probably a good thing.” Only two others were ever directly involved with me. The others were people I did not know personally. I knew they were members of the church. None of these people, other than the Shepherding Group Leader and his wife, ever went to my Shepherding Group. I, in no way expected to experience this very painful “intervention”, or confrontation , by the leadership, which I now refer to as a “surprise party” or “gang-up.” I was lured to this meeting under false pretenses. I have heard from other former members that sometimes such meetings are in the home of an elder or other leader and sometimes in the home of the “problem member” himself. My “intervention” consisted of a hostile and accusatory “interrogation session” that lasted for 3 hours. The group’s objective was to persuade me to confess of the “error of my ways” and of my “need to submit myself to the discipline of the church.” They went on to question the reality of my medical condition. I was told to recant my “slanderous” charges against a “spiritual leader”, obviously referring to Jim Berg. I learned from previous encounters that if I became outwardly hostile during such a ‘process’ things would become worse.  I did, however, refuse to acknowledge any wrongdoing on my part. I showed copies of my oncologist surgical report as well as the actual XRAY film which clearly showed the tumor that was recently removed.

Even after all of the evidence I provided, a man who sat directly across from me and who had glared at me the whole time finally said, “Tell me about your salvation experience.” I finally lost it a little and replied, “No matter what I say, no one here will believe that I am saved. You worry about your salvation. Let God and me worry about mine. You are not the Holy Spirit in my life!”

After that outburst, the pastoral staff member said, “Cathy, you go across the hall with the women and we (the pastor staff member, my ex-shepherding group leader and the man whom I did not know) will talk about what we are going to do to help you or how we are going to deal with you. If I had not been recovering from major cancer surgery, I would have certainly handled this differently.  Most likely my response would have been to leave right then and there. I was hurt and bewildered by what the assistant pastor said. However, I did go across the hall with the women. The Shepherding Group leader’s wife then asked me about a family member who was also recently diagnosed with cancer. I was exhausted, but angered by then. I said something to the effect of, “Why don’t you call and ask him yourself?” They talked at me, not to me, for a few minutes. The Shepherding Group leader’s wife closed by telling me, “We all love you, lady.” I did not make any friends when I said, “I can tell how much you love me by all the lies you have told and the knife that is sticking out of my back!” Then the ladies went around the room and prayed for me to “repent” and asked God to “convict me of my bitterness.”

I did not stay for the whole prayer session. I just got up and left the room. When I went out into the hallway, I saw through a small window in the door the men sitting and talking around a conference table. At this point, I was tearful and angry. I knew, at this point, there was nothing to lose. I opened the door and asked, “Are you all having a good gossip fest? Why is it if you were talking about me, I could not stay and defend myself?” The assistant pastor said, “You need to submit yourself to the discipline of the church.” I asked, “For what?” He said he would get in contact in a few days and waved his hand as if to dismiss me. I told him not to bother. As expected, I never heard from them but instead, soon found that my name had been removed from the membership rolls.