From the Author: Andrea’s Story is not an isolated one in religious circles. There are countless numbers of abused children that suffer at the hands of their parents because of religious indoctrination. All this abuse is done “in the name of God” in order to instill extreme fear and to bring about total and unquestionable obedience. Children raised in any fundamentalist sect, will endure the abuses that Andrea endured. They have no choice. They have no voice. Sadly, the scars left behind are ones that affect and damage a person well into the future. The tentacles are binding and, seem to suffocate life and joy from the one affected. To learn more about the hidden abuse of children in organized religion, click HERE.

Andrea’s story is a compelling one. Not only is she telling her story here, she is telling it to the world through her book, “Precious Scars.” Her book is a reflection of the many scars, emotional and physical that religion has given her, sadly, at the hands of those that should have protected her – her parents.

These scars once symbolized pain, sadness and fear for Andrea. Today, they have been granted a more powerful meaning. From their midst burst a phoenix. According to mythology, the phoenix is a beautiful bird with brilliant colors and magical powers. Instead of filling its nest with eggs, it instead uses it to die, burning up in its own heat. After three days, the phoenix rises again from the ashes. Her phoenix symbolizes rebirth, life and hope. Out of the ashes of a dark and painful life came something else, something stronger, purer, better. Out of the ashes, Beauty arose.

Here’s Andrea’s Story about growing up in an Independent Fundamental Baptist home. To read more about Andrea’s story, you may order her book: 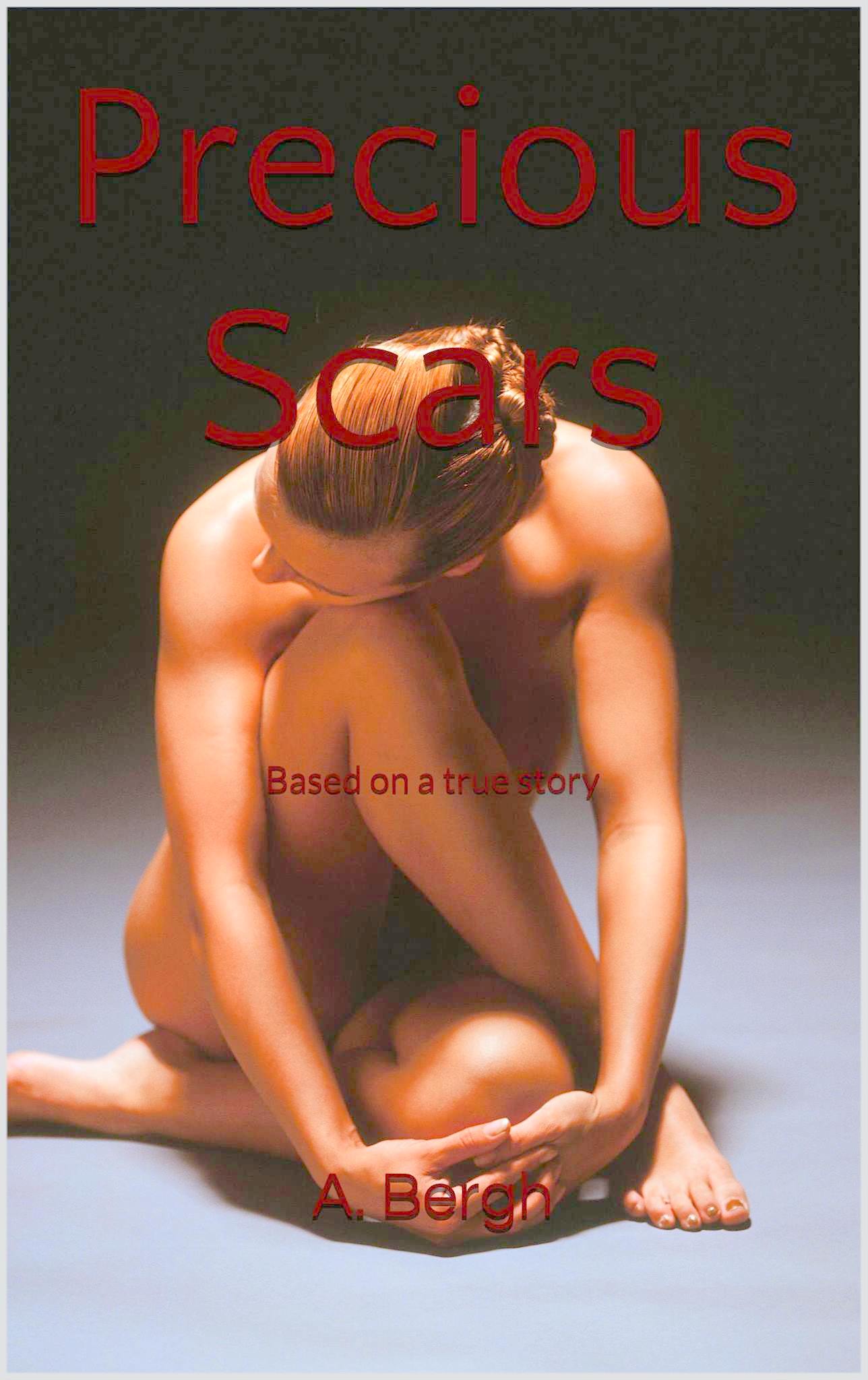 My parents were once normal people. That’s what others tell me, anyway. My mother’s brother, my uncle, says that he and my dad used to hang out together, drinking, relaxing, having fun. My mom got pregnant at just 16, and she and my dad had a shotgun wedding. I came along a few years later, and my dad, with a heavier burden than he had expected, joined the military to take some of the edge off. They were sent to Germany shortly after my birth.

My father was highly educated, and you would think that that would inoculate him against spurious religions. But it didn’t. When they got to Germany, IFB missionaries began to court them. My parents were soon devoted to the church.

Once we got home, they cut ties with their families. It didn’t really happen all at once. They would alienate one person after another. After all, my aunts and uncles were living ungodly, worldly, unsaved lives, and my parents were afraid that their sin would rub off on us.

We were first stationed at a small air base in California. It was there that my mom began to have some serious problems. She was diagnosed with manic depression, which is now called bipolar disorder, at 26. Our lives had changed forever.

My parents refused to acknowledge the diagnosis. They firmly believed that prayer would get them through it, so they prayed. Psychiatric medicine was of Satan. But my mom’s manic episodes were also pretty satanic. My sister and I were screamed at while my mom pounded on us using both hands, whapping us up one side of the head before slapping us on the other. She would put her hands on our shoulders and “shake some sense” into us. She would blister us, her term for a spanking that left welts.

Angela and I spent hours plotting our escape. We were just six and 10, but we were desperate to run away. Unfortunately, we couldn’t figure out how to get off base without being discovered. Then my sister was diagnosed with Type 1 diabetes. Even today, doctors don’t really know what actually causes T1D, but my parents knew: It was God’s punishment for their premarital sex. God punishes unto the seventh generation, they believed, and they never let us forget it.

My parents decided that we needed to be in IFB schools. Before that, we’d gone to the base schools, but an incident between a young boy and myself came to light, and my mother decided that this sin could have been prevented had we been in Christian schools. Clearly, God kept raining down punishments on our heads because my parents weren’t doing right. So we became further isolated, and the bruises became easier to hide or explain away.

When my sister reached puberty, my parents went to a Gothard Institute in Basic Youth Conflicts conference that would tell them how to handle her. I don’t know if it worked, but I do know that life became exponentially harder the older we got. We continued to be slapped, blistered and hurt throughout our teen years, and I hated myself for not being the good Christian that I knew I was supposed to be.

Screaming was the soundtrack of our lives. By the time we reached Illinois, I was suicidal. I tried to talk to my youth pastor — who else did I have? — and he told me that suicide was one of the greatest slaps in the face to God, that I would indeed be punished. Besides, I had so much to live for … but I had nothing to live for, nothing more than more violence, more pain, more fear. I hung my head, and moved on. I would try so hard to be the kind of Christian I was supposed to be, but I always failed. I hated looking so different from the other kids. I hated feeling like I had to worship and praise God even though I was pretty sure He didn’t care at all what happened to me. Maybe most of all, I hated the hypocrisy of the screaming and verbal and sometimes physical abuse that filled the car every Sunday on the way to church and how we all had to snap into insta-smiles the second we got there.

Angela went off to college, and things quieted down a bit. She attended Hyles Anderson College, and my parents were in awe of Jack Hyles. They decided that we needed to become even more spiritual. So away my makeup went, and my skirts and culottes became even longer, even baggier than they’d already been. I felt humiliated every time we walked out of the house, but I dare not express my feelings. I couldn’t express any opinions at all, when it came down to it.

Other girls at my IFB school had cute 80s hairstyles, bright makeup, neon plastic jewelry and on-trend clothes. I wore prairie dresses that my mother made using clearance gingham from Wal-Mart. It was such a small thing, but it hurt to be so very different just like it hurt to know that even though I was 14, I was still getting blistered because I was just that disobedient.

Even until that point, though, I didn’t realize that my family was not normal. I never thought to cry out, to tell someone in authority, that I was being abused because no one called it abuse. It was the rod of correction, discipline, chastening. And every time, I deserved it because I’d forgotten to wash the dishes, or smarted off, or simply been in my mom’s way during one of her manic rages. So I focused on the visible differences. I was sent off to an IFB college as soon as I graduated from high school at barely 17, and I could finally breathe.

IFB colleges have strict rules and oppressive environments, but for the first time in my life, I really was finally free of violence and pain. I studied hard, but I also fell in love. I told myself it was love, anyway. In reality, I mostly saw him as a way of escape, and as we sneaked around to find isolated spots on campus, we fell deeper into a physical relationship.

As my mother later would say, be sure your sin will find you out. I was kicked out post haste when the administration discovered the nature of our relationship. What awaited me at home was far worse. My mother began to scream that she had always known what a whore I was and then began to chant in a voice I still remember to this day that adulteresses should be put to death. She put her hands around my throat and began to shake me as she had so many years before. Her grip around my neck tightened, and I knew I was going to die.

The timing could not have been better. My dad walked into the room right as sparkly darkness began to drift down over my vision, and my mom let go.

I moved out after that. It caused no little scandal since daughters were supposed to live at home until marriage. No decent IFB guy wanted me now, though, since I’d been “defiled,” and I was not about to spend every day in fear of my life.

Living on the outside was something I’d been completely unprepared for, but I relished the freedom. I could come and go as I pleased, I could wear pants and no one was hurting me. They may have seemed like small things, but they were enormously important to me.

Over the next several years, I began to discover who I was and find peace in my relationships with other people. I sought counseling to manage some terrible coping habits that I’d picked up over the years, and I learned that everything that had happened had a name: It was abuse. And it wasn’t my fault. I began a relationship with a young man who never saw me as the horrible, sinful person everyone in my previous life had always told me that I was.

I’m nearly 40 now, married to that wonderful young man, and we have three sons together, and those memories from such a long-ago time are ever-present in my mind. My mother has since died, and my father has disowned me. There’s a terrible peace in that. I wish that we could have had a relationship, but our pasts are too damaged, too fraught with the evil of an abusive family and the religious system that encouraged it, to have been able to move past it.